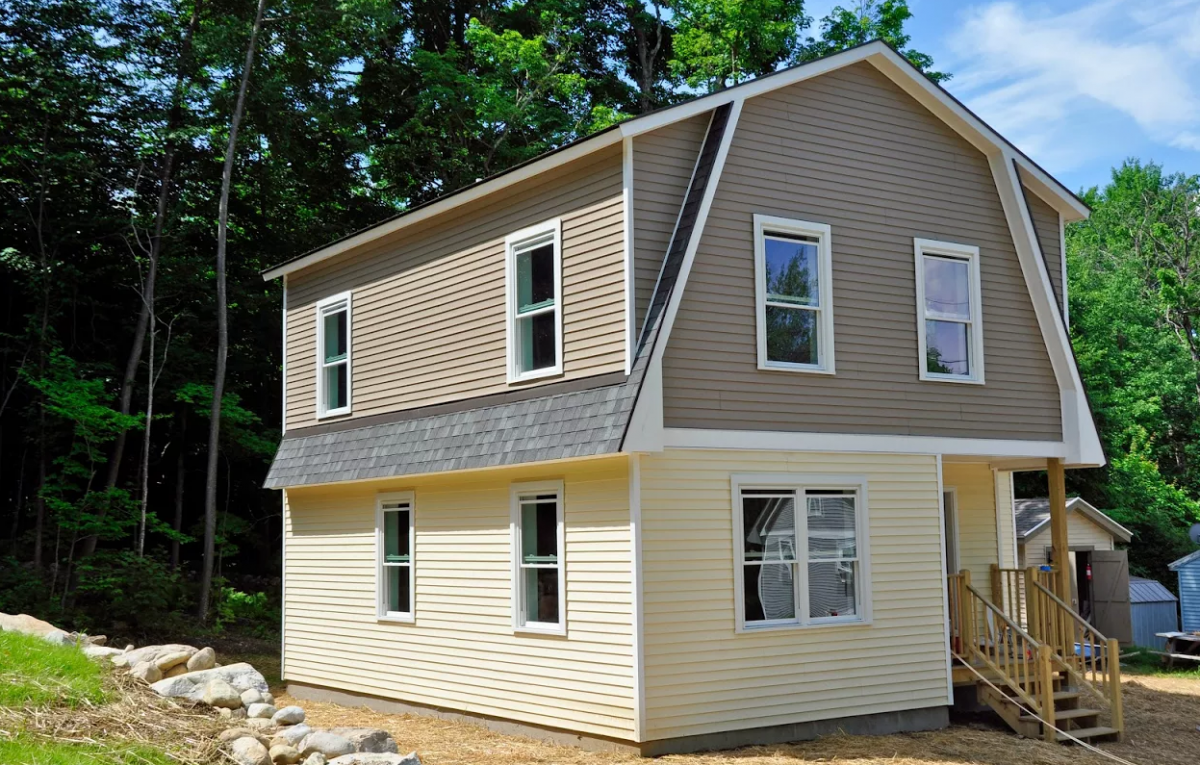 Each BAHH home on Jennifer Lane was designed by a local firm or architect to be aesthetically pleasing, easy to construct, and complimentary to the character of the existing neighborhood. Credit: BAHH

Even with a population of only 4,391, the town of Manchester in southwestern Vermont struggles with the high housing costs experienced throughout the state. The Bennington Area Habitat for Humanity (BAHH) has worked since 1997 to provide affordable houses for new, low-income homebuyers and to renovate existing housing. In 2011, BAHH purchased an 11.4-acre tract in a neighborhood of 13 houses on Manchester’s Jennifer Lane. The large land purchase, unprecedented for BAHH, was made at the suggestion of municipal officials, who pointed out that purchasing a subdividable tract of land would save BAHH money in the long run. In addition to subdividing the tract into 22 buildable lots, BAHH has installed infrastructure and completed 7 houses for low-income families.

The BAHH houses, which vary in size and design, are the product of a team of 11 architects, designers, and energy-efficiency professionals. The team came up with designs for three- and four-bedroom houses that, in keeping with Habitat for Humanity principles, are affordable, can be built by volunteer laborers, and fit in with existing houses in the neighborhood. Because heating constitutes a major operational cost in Vermont, the designers paid special attention to sustainability. All seven Jennifer Lane homes were built with a propane heating system, are positioned to achieve passive solar benefits, and have received Efficiency Vermont’s highest efficiency rating.

To be eligible for a BAHH house, a family must:

Each adult is required to contribute 200 hours of work toward constructing their or another BAHH house; a small percentage of those hours can be spent in homeownership counseling. This volunteer labor supplements contract labor, which along with materials, costs approximately $110,000 for each house. BAHH has received grants for construction costs from the Vermont Housing and Conservation Board, and the Federal Home Loan Bank of Boston provided a $30,000 grant for each of four houses. These measures reduced monthly mortgage costs for the 30-year, no-interest mortgages to between $700 and $900 for each homebuyer. 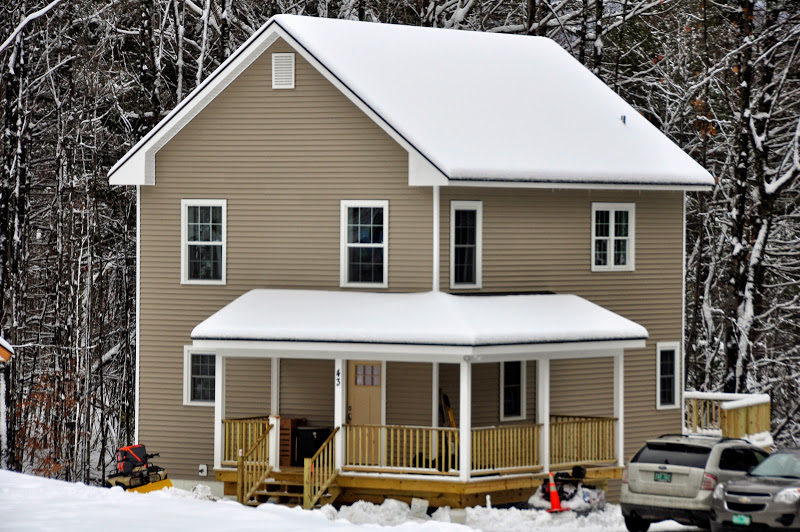 To reduce heating costs, each of the BAHH houses was built to take advantage of passive solar energy. Credit: BAHH

BAHH began its largest-ever fundraising effort in 2008 for, among other purposes, paying the significant costs of purchasing and installing infrastructure for the property on Jennifer Lane. Even with the help of the James H. and Irene M. Hunter Charitable Trust, which pledged to donate $2 for every $1 donated to the nonprofit, this effort required the dedication of most of BAHH’s organizational resources for several years. By 2011, BAHH had raised slightly more than $1.83 million, enough money to purchase the property on Jennifer Lane and begin development.

Installing the infrastructure necessary for the 22-lot subdivision required a new level of management for BAHH. To coordinate the site work, a new Critical Path Committee oversaw the installation of a mound septic system to serve all the new lots, repairs to Jennifer Lane, the construction of three spur roads, and an upgrade of the town’s water supply to an eight-inch pipe, which also serves the existing houses on Jennifer Lane. The site work included other, smaller improvements, such as tree plantings, and the total cost of the infrastructure improvements came to slightly more than $825,000.

As of May 2016, BAHH has provided housing for seven families who would otherwise not have access to homeownership, and the organization will continue to build on the remaining lots. BAHH is considering selling lots to a local construction firm, Vermont Traditional Builders, to build houses for sale to families earning no more than 125 percent of the area median income. These houses, along with the 13 preexisting houses on Jennifer Lane, help achieve BAHH’s goal of producing a mixed-income neighborhood.

Interview with Susan Sommer, executive director of the Bennington Area Habitat for Humanity, 19 May 2016.