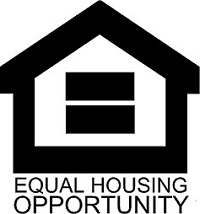 Additional research from PD&R on fair housing is available here. I encourage you to explore this research and learn more about PD&R’s fair housing legacy.
Published Date: 2 April 2018