State of the Nation’s Housing Report 2018 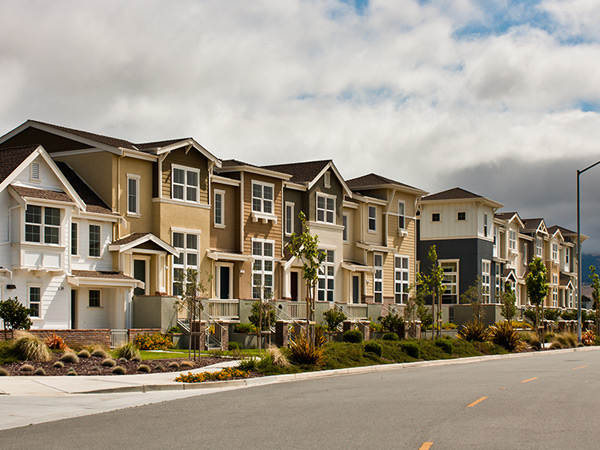 This year’s State of the Nation’s Housing report marks the 30th anniversary of the Joint Center for Housing Studies of Harvard University's comprehensive research on trends in the U.S. housing market.

The Joint Center for Housing Studies of Harvard University (JCHS) recently released its annual “State of the Nation’s Housing” report for 2018. This year’s report marks the 30th anniversary of the center’s comprehensive research on trends in the U.S. housing market. To celebrate the report’s release, JCHS held a panel discussion on June 19, 2018, at the National Press Club in Washington, DC, with housing experts and economists, who reflected on the strides made since the release of the first report in 1988 and the challenges that remain. The panelists discussed current trends in the housing market, demographic shifts, and solutions to increase the affordable housing supply.

Daniel McCue, senior research associate at JCHS, began the discussion with an overview of the rental market and homeownership trends presented in the report. Median rental housing costs have grown steadily for decades while median renter incomes have remained relatively stagnant. As a result, nearly half (47.5%) of the nation’s renters are cost burdened, spending more than 30 percent of their income on housing. Vacancy rates in high-end rentals have increased, but vacancy rates for low-cost rentals have declined. Although rental demand and construction of multifamily units increased following the Great Recession, a shortage of low-cost units persists. Unlike multifamily rental housing, the construction of single-family housing has slowed because of a shortage of buildable land, rising construction costs, and shifts in demand and personal preferences.

According to the report, baby boomers and millennials will drive housing demand and construction in the future. Seniors aged 65 and older make up a large share of homeowners, and many prefer to age in place, which will reduce turnover in the housing market. As a result, more construction will be needed to increase housing inventory. In addition, seniors will need to modify their homes to better meet their needs as they age. Chris Herbert, managing director of JCHS, stated that housing experts should also consider seniors’ wishes to “age in community,” close to familiar services, social networks, medical facilities, and neighborhood amenities.

Millennials are fueling an uptick in household growth, although at a slower rate than past generations at the same ages. Yet, homeownership rates among young adults aged 25 to 34 are lower than they were 30 years ago, not only because of rising housing costs but also because higher education attendance rates have increased and marriage and childbirth rates have decreased. The 2017 homeownership rate for young adults has declined by 6.3 percent since 1987, with student loan debt hindering prospective buyers’ chances of qualifying for mortgages and negatively impacting credit scores if they default. Young adults repaying student loans may also have difficulty saving for a downpayment and transitioning from renting to owning.

Rising construction costs, land prices, and regulatory barriers have made developing new affordable housing difficult. Former HUD Secretary Shaun Donovan stated that the issue at the root of the affordable housing shortage is outdated zoning and land use regulations. Americans are dealing not only with income inequality but also with geographic stratification, in which low-income and higher-income groups live in disparate areas of cities and suburbs. Donovan emphasized the role of state and local governments in overriding zoning codes and increasing transportation options to allow more minorities and low-income families to live and work in higher-opportunity areas. Herbert said that one strategy states can adopt is to develop “as of right” districts to expand the supply of affordable housing. Reducing local zoning regulations to allow the construction of accessory dwelling units, increasing infill development, lowering permit costs, relaxing parking requirements, and instituting density bonuses for developers are other strategies that states can implement.

The low level of single-family housing construction and for-sale inventory coupled with the rise in home prices places homeownership out of reach for many Americans. The increase in home prices also raises downpayment and closing costs, which can be even harder to finance than monthly housing payments. The homeownership rate among African Americans lags behind that of other racial groups, and the black-white homeownership gap has widened by 29.2 percentage points. To bridge this gap, Donovan emphasized the need to focus on fair housing, housing finance, and the broader challenges of structural disadvantage and discrimination in the housing market.

Adding to the supply of affordable housing would help lower costs for renters, but for low-income families and individuals, subsidies are also critical for easing cost burdens and making housing more affordable. From 1987 to 2015, the number of very low-income renters increased by 6 million as the number of those assisted increased only to 950,000. George McCarthy, president and chief executive officer of the Lincoln Institute of Land Policy, spoke about the need to implement safeguards to reduce competition between the investment market, which profits by quickly renovating housing and raising rents beyond the financial means of existing residents, and the shelter market. With housing choice vouchers and low-income housing tax credits as the primary rental assistance programs in the shelter market, McCarthy suggested that policymakers identify ways to speed the development of affordable housing and insulate the affordable housing stock from foreign investors through public housing, community land trusts, and deed restrictions.

Eric Belsky, director of the Division of Consumer and Community Affairs at the Federal Reserve, noted the larger economic consequences of income stagnation amid high housing costs. Cost-burdened households have less money to spend on other goods and services and struggle to save for retirement or emergencies. Critical to avoiding a national housing crisis, Donovan emphasized, is rebalancing priorities and linking revenues directly to the scale of the problem. The supply of low-cost housing needs to keep pace with low-income residents’ demand. Addressing structural and geographic disadvantages is critical to ensuring that low-income residents and minority groups can access neighborhoods of opportunity. Increased coalition building, streamlined regulatory codes, housing finance reforms, and other measures can help increase low-income families’ access to affordable housing.