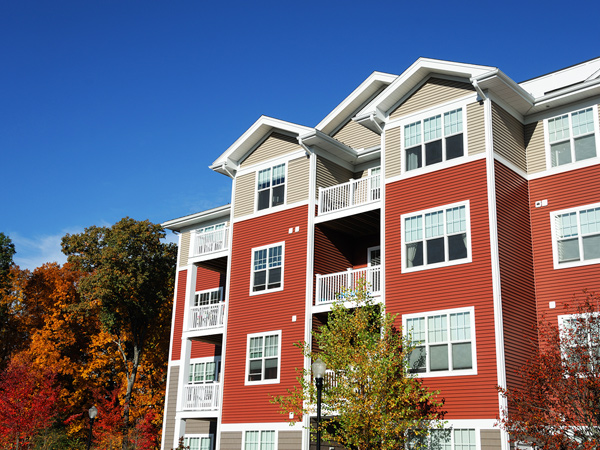 The State of the Nation’s Housing 2019 report finds that insufficient new construction and the resulting shortfall in housing supply has eroded affordability for low- and moderate-income families.

According to the Harvard Joint Center for Housing Studies’ recently released “State of the Nation’s Housing 2019” report, the United States is not producing enough housing to keep up with household growth. Although a strong job market and growth in the number of households paired with modest income increases could otherwise support a healthy housing market, the lack of new construction and the resulting lack of supply has eroded affordability, especially for low- and moderate-income families.

On June 25, 2019, the Federal Reserve Bank of Atlanta hosted a panel discussion of the latest edition of the report. Panelists included Chris Herbert, managing director of Harvard’s Joint Center for Housing Studies; Raphael Bostic, chief executive officer of the Federal Reserve Bank of Atlanta; Jonathan Reckford, chief executive officer of Habitat for Humanity; and Carol Tomé, chief financial officer at The Home Depot. During the panel, Herbert noted that in any given year, the number of new housing units constructed in a healthy housing market will be 30 percent greater than the number of households that are created, because new homes must be built to both replace units that come off the market and house newly created households entering the market. In 2018, the U.S. housing market created 1.2 million new housing units —only 80 percent of the needed units predicted by this metric. Herbert noted that most of these new units have been high-cost apartments and large, expensive, single-family houses; the industry is not meeting the demand for smaller homes or moderately priced apartments targeted to middle-income households because, Herbert argued, the high cost of construction makes building units at moderate prices too costly. Herbert pointed to three reasons for the higher construction costs: the rising cost of materials, a labor shortage that increases construction costs and time, and most importantly, the high cost of land.

Land prices have increased in 46 of 50 states last year, with prices in Nevada, the state with the highest growth, rising by more than 150 percent between 2012 and 2017. One factor driving this increase is the lack of buildable land in high-cost metropolitan areas. Although much of the land in these areas has been built up, the report’s authors argue that restrictive land use patterns and regulations limit construction in sites where the market would sustain more units. These costs have been exacerbated by NIMBY (Not in My Back Yard) opposition tying up projects and denser development in desirable locations and complicating the challenge of supplying more affordable housing types.

In the rental market, the report found that communities nationwide are seeing broad affordability struggles. Bostic recounted how surprised he was to learn that in the Southeast, housing affordability was an issue affecting people in both high- and low-cost markets. Nationally, rents in early 2019 rose at a 3.6 percent annual rate, twice the rate of inflation. One factor driving this increase is the low vacancy rate, particularly for apartments CoStar rated as lower-quality units. At the beginning of 2019, these lower-quality rentals had a vacancy rate of 4.8 percent compared with the average vacancy rate of 7 percent, adding even more pressure on units at the bottom of the market.

Reckford summed up the state of the homeownership market by saying that rising values gave current homeowners a big increase in their net worth but put first-time homeownership further out of reach for many. The rate of cost-burdened homeowners decreased for the seventh straight year, down to 22.5 percent. Herbert attributes this decrease in part to homeowners refinancing their mortgages but also to the fact that many of these overextended homeowners eventually lost their homes to foreclosure.

Despite the challenge of rising home values, the largest increase in homeownership in the past year came from younger people buying their first homes, with the number of purchasers aged 25 to 39 increasing by 2 percent from 2016 to 2018. However, a significant barrier to homeownership persists for lower-income people of all ages. The lack of housing supply has especially affected millennials entering the homebuying market. Typical starter homes — homes that are less than 1,800 square feet — made up 32 percent of single-family completions in the 2000s but only 22 percent today, meaning that not enough stock exists at the lower price points that younger homebuyers can afford.

Bostic stated that research has shown that the primary barrier to homeownership for households of all ages is the wealth needed for the original downpayment and that if a low-income family can get into a home that they own, their income can typically keep them in that home. According to Herbert, more than one out of four people can get money from their parents to help acquire some of the wealth they need for a downpayment. He stated that a long-term consequence of the recession is that families who lost their homes, many of whom were members of low-income or minority groups who have historically been excluded from homeownership, are less able than other families to help their children with the downpayment for a new home. Both Herbert and Bostic argued that governments should investigate more ways to help people acquire the wealth they need for a downpayment as a way to help younger and lower-income people buy homes.

Tomé expressed optimism in what collaboration among the public, private, and nonprofit sectors could accomplish. Innovation in the design and manufacturing processes for homes can reduce the cost of construction and increase the resiliency and energy efficiency of the housing stock. Despite the innovations noted by Tomé, the report’s authors conclude that public interventions are needed to create more housing that is affordable to low- and middle-income families.