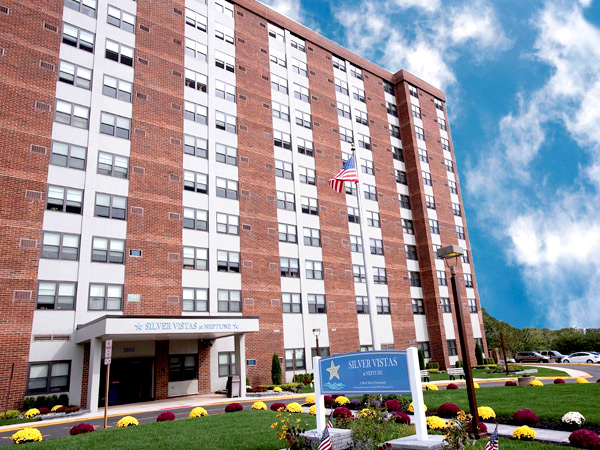 Since 1993, Silver Street Development Corporation has included the redevelopment of HUD Section 236 properties with expiring RAP contracts in their mission of preserving, operating, and growing affordable housing. After years of using only low-income housing tax credits (LIHTCs) in their preservation efforts, Silver Street has recently begun occasionally using the RAD program to preserve the affordable housing stock in the east coast and Midwest. Christopher R. Poulin, chief operating officer of Silver Street, added that Silver Street’s development strategy targets all aspects of a property, including management, operations, ownership, and overall philosophy. Through active property management and tenant engagement, Silver Street works hard to ensure that its properties are well maintained and continuously improving.

Silver Street officially closed on Silver Vistas in May 2016 and was able to subsidize 144 units through RAD. With the addition of a 15-year extension of NJDCA’s preexisting Section 8 Housing Assistance Payments contract for 21 units, Silver Vistas now offers rental assistance to 96 percent of its units, up from only 59 percent of all units before Silver Street’s involvement. Income limits are set at 80 percent of the area median income (AMI) for Section 8 units and 60 percent of AMI for LIHTC units, but Poulin notes that most residents fall under the 60 percent threshold. All units have one bedroom and rent for approximately $1,200 per month, although the tenants contribute only 30 percent of their income.

According to Poulin, Silver Vistas also struggled with crime and drugs, and many tenants expressed the need for updated security systems. Silver Street responded to residents’ concerns by adding new security doors along with a new camera and intercom system that allows residents to see who is trying to enter the building. The new camera system alone, says Poulin, has deterred unwanted individuals from entering the building.

Poulin noted that throughout the renovations, tenants were not required to relocate. Silver Street’s renovation strategy incorporates an orchestrated effort from all trades involved, allowing a single unit to be finished in approximately 4 days. During these 4 days, all necessary renovations are completed with minimal impact on the residents. Silver Street also provides tenants with activities, food vouchers, and places to go while their units are being renovated so that they can be out of the apartment as much as possible. With this schedule, roughly six units are finished per week; although this schedule means that finishing every unit in a large building takes some time, tenants experience only minor disruptions to their daily life.

Funding for Silver Vistas, says Poulin, was complex because the deal included many investors and other players in addition to several financing structures. Primary funding for the $32 million development came from $15 million in short-term, tax-exempt bonds replaced at the end of construction with a taxable loan from Prudential Financial and Freddie Mac. Boston Financial Investment Management provided an additional $8.5 million in LIHTC equity, and approximately $7 million came from the decoupling of the project’s Section 236 interest reduction payment subsidy. Property income and a deferred developer fee rounded out the remaining funding.

Silver Street Development Corporation is always looking for new affordable housing projects to preserve and rehabilitate. Through their dedicated team, holistic approach to building preservation, and strategic use of various financing structures, Silver Street has become one of the nation’s top affordable housing developers. A more recent project, Pequot Highlands in Salem, Massachusetts, is estimated to be completed by the end of 2018. The 14-story brick structure suffered from a deteriorating brick façade due to poor construction and a lack of waterproofing. Renovations took more than two years because every brick was replaced with a new energy-efficient, metal-framed exterior. Poulin says the renovations have already reduced the building’s energy costs by about 40 percent, and the new exterior frame has given new life to the once-struggling building.