Aging in Place in Rural Communities 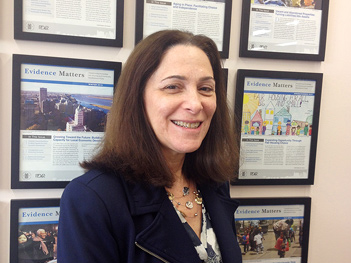 The problems facing individuals struggling to age in place differ in magnitude in urban and rural settings. In their fundamentals, problems that confront seniors in urban and rural areas don’t sound very different. Problems of social isolation, as seniors are more likely to live alone; provision of services; adequate dependable and affordable transportation; adequacy and accessibility of homes; food deserts; lack of walkability; and resulting lack of independence confront both rural and urban seniors. But, such problems are exacerbated in rural settings.

As mentioned in fall 2013 Evidence Matters on aging in place, “In the coming decades, increasing life expectancy, a declining birth rate, and the aging of the baby boom generation will dramatically increase the number and proportion of the U.S. population over the age of 65.” In a 2012 article titled Planning for the Aging Population: Rural Responses to the Challenge, Lydia Morken and Mildred Warner warn that this demographic shift will present challenges for the provision of housing in urban and rural communities alike. Morken and Warner explain that rural municipalities will experience this demographic shift more strongly, both because they are home to a higher proportion of seniors and because their lower density and limited service infrastructure pose greater challenges to serving older residents. They find that in the 1,430 municipalities in their study’s dataset, residents 65 or older account for about 17 percent of the population in rural places, 14% in suburban places, and 13% in metro core places. Incomes are lower and poverty rates are higher in rural communities. Poverty rates in rural areas are nearly 17 percent compared with 9 percent in the suburbs and 15 percent in metro core places. Poverty rates for seniors in rural places, at 11 percent, are higher than in metro core places (9%) and suburban places (7%). Census data show that the average per-capita income among respondent municipalities is $21,726 in rural places compared with $32,131 in the suburbs and $26,744 in metro core places.

HUD is planning a demonstration program to test housing with service models for the elderly that will offer enhanced service coordination in relatively large Section 202 (Supportive Housing for the Elderly Program) developments and other project-based assisted housing. The demonstration will test whether this service model will reduce costly and preventable health events such as some emergency room visits and hospitalizations, improve the quality of resident’s lives, and avoid seniors’ early entry into institutional living or nursing home environments. Because the demonstration will most likely focus on urban properties, Congress asked HUD to develop pilot care models that can potentially make a difference in the lives of seniors in rural areas. An expert convening held at HUD in September, 2015, entitled “Senior Housing and Services: Challenges and Opportunities in Rural America,” -organized by HUD’s Office of Policy Development and Research, brought together experts on aging to discuss these issues. The participants noted that public housing developments in rural areas tend to be smaller than their urban counterparts and often lack common areas that would facilitate service delivery. Also, the agglomeration of public and private housing serving an aging population is less likely in rural areas, which makes managing services for this population less efficient. The dispersion of rural housing limits seniors’ mobility and access to services, social outings, and shopping and makes bringing services to rural seniors more challenging and expensive.

Informal caregivers such as friends, family, and neighbors are the primary providers of support to the elderly nationwide. Access to unpaid caregivers in rural areas, however, is more difficult given the larger distances to traverse. The suggestions from the convening applicable to rural areas: avoid frontier areas and focus on areas with some service infrastructure for replicability; provide flexibility to use alternative providers (nurse practitioners, physician assistants, pharmacists, and family caregivers, if available); cluster properties to increase efficiency and anchor them around a health clinic; use alternative transportation options such as paratransit, subsidies, or ridesharing services; use communications technology to monitor health and daily activities; and use a cross-sector and team-based approach and partnerships built from the bottom up.

It will be interesting to learn from HUD’s demonstrations about the best interventions in both urban and rural settings that can be replicated across the country. The answers remain to be seen.