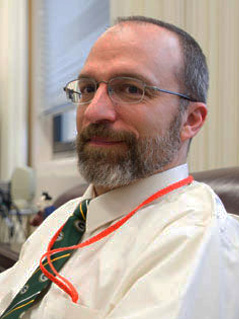 Dr. Usowski has spent his entire career in the Office of Economic Affairs attaining positions of increasing responsibility for research and policy analysis. He started as an Economist in what is now the Public Finance and Regulatory Analysis Division in 1991, eventually becoming a Senior Economist in, and then Director of, that Division. He then served as Associate Deputy Assistant Secretary for Economic Affairs from 2002 through 2007.

Dr. Usowski earned a Bachelor of Arts in Economics from the University of Wisconsin at Eau Claire, and the Ph.D. in Urban Economics from Northwestern University. An active musician, he is a member of several chamber music ensembles and principal cellist in the Reston Community Orchestra.