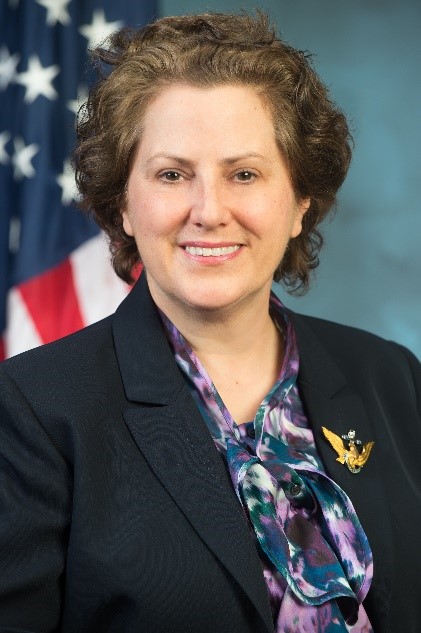 Cynthia F. Campbell is Director for International and Philanthropic Innovation within the Office of Policy Development and Research at the U.S. Department of Housing and Urban Development. She leads an innovation team that is charged with engaging philanthropic and other cross-sector partners - both internationally and domestically - to harness and apply best practices, programs and policies for the benefit of our communities and aligning our common efforts.

Ms. Campbell, a retired U.S. Navy officer, was qualified as a Surface Warfare Officer. She was able to assume responsibility for the safe navigation of ships and able to serve in combat operation centers. She was assigned to numerous ships during her career including a carrier, a command ship, an oiler and a destroyer. Ms. Campbell served overseas with Commander Fleet Air Mediterranean in Naples, Italy, Commander Fleet Activities in Yokosuka, Japan and Fifth Fleet in Manama, Bahrain. She was stationed in the Pentagon on 9/11 and assisted in recovery efforts. She also was assigned to the staff of the Secretary of Navy Legislative Affairs on Capitol Hill working closely with Congressional members and staff on Navy policy issues. Her last assignment was in the East Wing of the White House as the Military Office Director of Administration and Public Affairs. In this role she worked closely with West Wing staff on military and veteran’s issues. She served in both the Bush and Obama administrations.

Following completion of her Navy career, she was the Vice President for Communications for the Fisher House Foundation, serving veterans, active duty and their families by providing comfort homes at military and VA medical centers worldwide. Before coming to HUD, she worked as Vice President for Operations at the Corporation for Public Broadcasting, overseeing grant requests that supported PBS and NPR. Appointed by former President Obama, Ms. Campbell served as a Commissioner on the American Battle Monuments Commission from 2011-2017. She is a Harry and Jeanette Weinberg Foundation Fellow and serves as an advisor for their veterans grant program. She served as a board member of the Global War on Terror Memorial Foundation. She holds a Bachelor of Science degree from Chaminade University in Honolulu, Hawaii and a Master’s of Science in Education from Old Dominion University in Norfolk, Virginia.