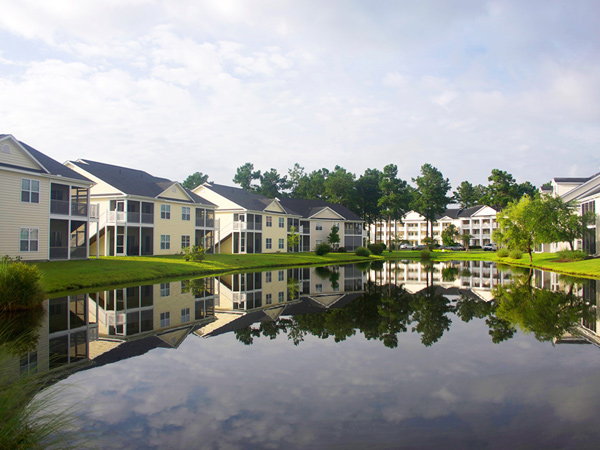 Making the Case for Preservation

Vince Reina, assistant professor at the University of Pennsylvania, began by reviewing the benefits of preserving existing affordable housing, highlighting four key reasons. First, although research suggests that not all projects will leave their affordability programs at the expiration of their compliance period, projects located in higher-performing areas are at particular risk of conversion, threatening the overall supply and accessibility of affordable housing in desirable or high-opportunity areas. Second, the cost of preserving existing units as affordable often is less than the cost of creating a newly constructed affordable unit, making preservation a cost-effective strategy. Third, legacy units may be in neighborhoods that have become (or are becoming) more advantageous in the years since their creation, giving residents better access to opportunity in areas where building new affordable housing might be more difficult. Finally, although more research is needed, preserving affordability may promote housing stability for residents, particularly in transitioning neighborhoods where rents may be rising. Next, Reina outlined three risks to the subsidized housing stock: that a housing subsidy will expire or that units will exit their subsidy program — an acute concern as the nation’s most important affordable housing programs mature and the number of units approaching the expiration of their subsidy or compliance period increases, tempting owners in more lucrative markets to convert their properties; that depreciation will erode the quality of affordable housing, potentially threatening eligibility in some programs; and that lawmakers will curtail public spending or incentives supporting affordable housing.

The largest federal effort to create affordable housing in the United States is the LIHTC program. Created in 1986, properties created with LIHTC equity are beginning to reach the end of the 30-year affordability compliance period, at which point property owners can charge market-rate rents. Dan Emmanuel, senior research analyst at the National Low Income Housing Coalition, identified factors influencing the likelihood of conversion: ownership type, with for-profit owners more likely to convert properties; neighborhood desirability, with more sought-after neighborhoods being more likely to have units exiting the LIHTC program and units in less desirable neighborhoods being more likely to face disinvestment; and neighborhood opportunity, with LIHTC units approaching year 30 tending to be located in neighborhoods with low overall opportunity. Examining the intersection of opportunity and desirability, Emmanuel found that approximately 40 percent of expiring units are in neighborhoods with both low desirability and low levels of opportunity, suggesting that future funding to preserve existing affordable housing may need to be predominantly directed to addressing problems of depreciation, because rents in these areas may be inadequate to cover needed upkeep.

In rural areas, a significant tool for increasing affordable housing is the U.S. Department of Agriculture’s (USDA’s) Section 515 program, which has created approximately 400,000 units to date. As with LIHTC properties, an increasing number of Section 515 units are at risk of losing affordability protections, according to Lance George, director of research and information at the Housing Assistance Council. Under the USDA program, both affordability requirements and rental assistance end when the mortgage used to create the unit matures. George estimated that within the next decade, the number of projects whose mortgages will mature will spike. Although the LIHTC and Section 515 programs differ in structure, they both must grapple with the problem of conversion as each program matures.

As Emmanuel pointed out, 44 percent of households in LIHTC units earn at or below 30 percent of area median income (the upper threshold for being considered an extremely low-income household). Despite the existence of rental assistance programs, 30 percent of extremely low-income LIHTC households do not receive assistance beyond the rent limits imposed by LIHTC regulations and would be particularly at risk for housing instability if an affordable property exits the LIHTC program. Over the next decade, nearly a half-million units will lose all affordability restrictions, placing them at risk for conversion to market-rate units. In rural areas, approximately two-thirds of Section 515 units are occupied by people over the age of 62 or living with a disability, and the average income of tenants across all Section 515 units is approximately $13,000. George said that these conditions will make it difficult for residents to relocate should unit conversion displace them, and the prevalence of Section 515 units in the housing stock of many communities makes this issue a pressing one for rural areas.

Although the preservation of existing units as affordable housing may be the least disruptive outcome for residents, certain protections governing landlord-tenant relations do exist to help residents of converting properties remain stably and affordably housed. Bridgett Simmons, staff attorney at the National Housing Law Project, reviewed some protective measures that exist at the federal, state, and local levels. In local jurisdictions, landlord-tenant laws define the relationship between landlords and renters, especially regarding code enforcement, rent protection, and the eviction process. At the federal level, the Fair Housing Act prohibits discrimination along certain lines in various housing-related transactions. Some states provide additional protections, such as regulations for properties exiting federal housing programs, regulations governing cases of prepayment on a property’s mortgage, and notice laws or other tenant protection laws.

As affordable housing programs mature and the buildings they created age, preserving existing units at affordable rents and at an adequate standard of quality is an increasingly important aspect of housing policy. Although each program and each jurisdiction have their unique circumstances, the presenters demonstrated the breadth of the problem and the reasons compelling increased preservation efforts. Greater focus on the issue of preservation can be an important strategy in confronting the nation’s ongoing crisis of housing affordability.