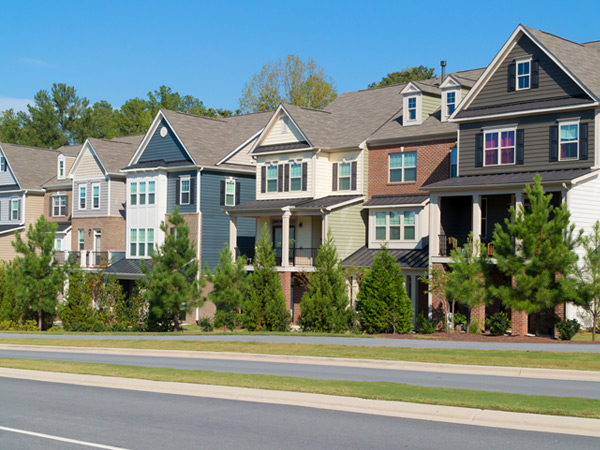 According to the Joint Center for Housing Studies of Harvard University, for every 100 low-income renters, there are only 66 units affordable to them.

Approximately 43 million people — more than one-third of U.S. households — live in rental housing. Demand for rental units increased sharply during and immediately after the Great Recession. The condition of the rental housing market has serious implications for American families, their communities, and the economy. On December 14, 2017, the Joint Center for Housing Studies of Harvard University (JCHS) hosted an event presenting the center’s recently released report, “America’s Rental Housing 2017.” At the event, panelists discussed the changing state of the nation’s rental housing market, predicted future trends, and suggested strategies for increasing the stock of affordable rental units.

Trends in the Rental Housing Market

The new research revealed several significant changes in the rental housing market: the influx of households into rentership is slowing for the first time in a decade; construction of new rental housing, although still high, is plateauing; and the percentage of middle-income renters who are cost burdened is growing.

Between 2004 and 2016, an unprecedented 10 million households became renters because of the foreclosure crisis and an accompanying rise in barriers to homeownership. The highest growth was among higher-income and older households; 50 percent of new renter households earned more than $50,000 per year, and approximately half of new renters were over age 50. Households earning more than $100,000 per year grew from 9 percent of the rental market in 2007 to 13 percent in 2016. In mid-2017, the U.S. Census Bureau’s Housing Vacancy Survey showed the year-over-year number of rental households beginning to decline for the first time since 2004, a trend indicating that the growth of rental demand is finally slowing. Despite the older and wealthier profile of new renters, however, the median renter is 40 years old and has an annual household income of $37,000. The renter population is more racially diverse, younger, and includes more immigrants than the homeowner population.

Although the market responded quickly to the increased demand for rental units at the beginning of the recession, the supply of rental units has not met demand across all demographics, especially low-income renters. “It’s a tale of multiple markets,” explained Christopher Herbert, managing director at JCHS. “There’s been an enormous increase in high-end units, but no trickle-down.” Construction levels for new units appear to be plateauing, which may have significant implications if the trend persists; however, Jonathan Spader, JCHS senior research associate, pointed out that the vacancy rate has increased slightly in the past year, which indicates that the tight rental market may be starting to slacken.

The housing market is especially tight for low-income renters. For every 100 low-income renters, there are only 66 units affordable to them. According to Spader, however, half of those units are occupied by higher-income renters, leaving only 33 affordable units for these low-income renters. The most populous counties face the largest shortfalls in affordable supply and therefore have larger proportions of renters who are cost burdened (those spending more than 30 percent of their income on rent and utilities), but cost burdens are widespread in markets of all sizes. Although affordability has improved somewhat since 2014, the share of cost-burdened renters remains at 47 percent, well above its 2001 level of approximately 41 percent, and the proportion of middle-income households with cost burdens is growing. “We are reaching a new normal,” said Mijo Vodopic, senior program officer for climate solutions at the John D. and Catherine T. MacArthur Foundation. “Without intervention, the affordability problem will worsen.”

Exacerbating this affordability crisis is the shortage of rental assistance. Only about 25 percent of income-eligible households can access assisted housing, and this problem is expected to worsen as affordability restrictions on assisted units expire. Rates of homelessness have increased since 2010, and a clear correlation exists between expensive rental markets and homelessness.

The panel discussion, moderated by journalist Laura Kusisto of the Wall Street Journal, likewise addressed housing affordability and the role of public and private entities in closing the affordability gap. The speakers emphasized the existence of two markets with poor saturation: low-income renters earning less than 60 percent of the area median income (AMI) and the “donut hole” of renters who earn between 60 and 120 percent of AMI. Shekar Narasimhan, managing partner at Beekman Advisors and the panelist representing private industry, explained that the “donut hole” results from rising costs for developers and the lack of subsidies for moderate-income renters. “It is too expensive to build for what they can afford,” he concluded.

Brian Kenner, deputy mayor for planning and economic development in Washington, DC, agreed that the “hole” is a problem in every major metropolitan rental market, but he stated that municipalities must continue to invest resources in housing for those earning 0 to 60 percent of AMI because households with higher incomes will “buy down,” or rent units further from the top of their affordable price range, whenever possible. Kenner said that incentivizing private developers through inclusionary zoning was one of the most effective affordability tools available at the local level. Mary Tingerthal, commissioner of the Minnesota Housing Finance Agency, agreed, saying, “We have to address land use that discourages density.” For example, single-use zoning, in which an area is designated as solely residential or commercial, can discourage density and encourage sprawl when misapplied. By contrast, mixed-use zoning can encourage higher-density residential building.

Kenner described additional local tactics for encouraging new affordable housing and preserving existing stock. Washington, DC, is attempting to simplify the municipal permitting process to encourage development. Building permits in the District are typically issued in 6 to 9 months. The city has discovered that, by gathering all of the necessary professionals in one room, a permit can be issued in a single day. Kenner reports that the city is seeing good results from its test of expedited permitting, and he hopes that the new method will make building “missing middle” housing easier.

Looking to the Future of the Market

Although homeownership rates have stabilized since the recession, the JCHS report projects continuing robust growth in the rental market, with nearly 500,000 households joining annually until 2025. The report cautions, however, that changes in the nature of rental demand — among older and wealthier households in addition to those earning lower incomes — will persist, and with them, the growing need for “missing middle” and affordable rental housing. Indeed, the “new normal” of widespread cost burdens among the nation’s renters will not be resolved without proactive solutions from private, public, and nonprofit leaders.