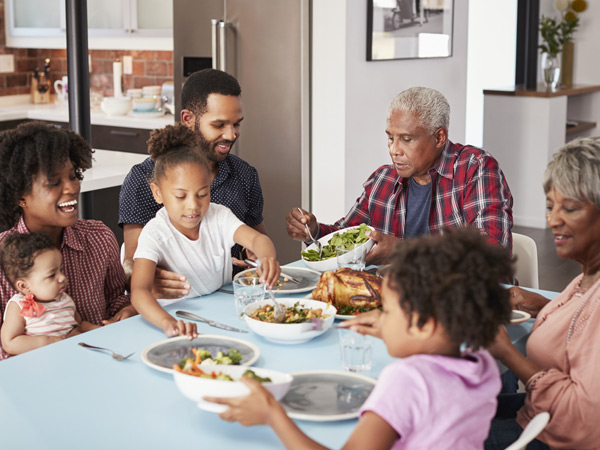 The confluence of the shortage of affordable housing, a lack of housing suitable for older residents, inadequate retirement savings, and the particular health and social needs of older adults creates numerous challenges for older people to live affordably and safely and maintain their social connections in the communities of their choice. Many younger families also struggle with housing and childcare costs. In addition, for various reasons, parents sometimes are unable to care for their children. Some families cope with one or more of these challenges through multigenerational housing arrangements. At the National Community Reinvestment Coalition’s 2019 Just Economy conference last March, Jaia Lent, deputy executive director of Generations United, moderated “Everybody under one roof: Multigenerational housing,” a panel that addressed different approaches to fostering options for multigenerational housing. Lauren Nolan, research director at the Woodstock Institute; Anna Scallet, housing and development project manager at the District of Columbia Department of Housing and Community Development; Jamarl Clark, grandfamily community life program manager of Plaza West for Mission First Housing; and Cassandra Gentry, Plaza West resident, joined Lent to discuss accessory dwelling units (ADUs) and multigenerational multifamily rental housing.

The U.S. population is aging. By 2030, one in five people in the United States will be age 65 or older. Neither the nation’s housing stock nor its typical neighborhood design and infrastructure are well suited for older residents. Only about 4 percent of homes have accessibility features that meet universal design standards, and many neighborhoods are designed around automobile travel even though most residents will outlive their driving years. Numerous approaches can help older people live longer and more safely in the neighborhoods of their choice, including policies that encourage financing or remodeling of aging-friendly housing, property tax relief for older homeowners, integration of housing and health services, and multigenerational housing arrangements.

ADUs, which Nolan described as “secondary, smaller dwelling units on the same lot attached or incorporated into a single-family home or single-family-style property,” can accommodate a range of multigenerational living arrangements. A younger family could add an ADU to their property so that older relatives can live nearby, an older household could move into an ADU on their property and either rent out the original house or have younger relatives live there, or an older homeowner could use an ADU to house a home healthcare worker. ADUs can offer financial benefits as well as proximity to family or caretakers for wellness checks and social interaction. Upfront costs can be a barrier to building ADUs, but home equity loans can help finance their purchase or construction, and some localities offer assistance programs. Other barriers include zoning prohibitions and resistance from community members who may be concerned about the potential of ADUs to increase neighborhood density as well as possible parking or design issues.

Recognizing that the aging of its population will reshape housing needs, the city of Washington, DC, has fostered numerous options for older residents, including some that are intentionally multigenerational. Scallet described three multigenerational projects in the city that are either in the pipeline or completed: Hebrew Home/Spring Flats, a renovated nursing home with 88 affordable apartments for seniors, 58 for families, 29 unrestricted market-rate apartments, and 10 condominiums; Genesis, consisting of 27 apartments available for seniors, young families who have aged out of foster care, and other families; and Plaza West, a development with 173 affordable apartments for the general population and 50 affordable apartments for grandparents who are guardians of grandchildren.

Plaza West, a partnership between Bible Way Church and the Mission First Housing Group, is a response to the increasing number of households in the city in which grandparents are responsible for raising their grandchildren. In addition to its 223 units, the 12-story building has a fitness center, kids’ activity room, and a grandparents’ library. The 50 two- and three-bedroom units are reserved for families in which a grandparent or grandparents are guardians of children under the age of 17 and that earn between 30 and 50 percent of the area median income. After a household’s youngest child reaches the age of 24, the grandparent has one year to find new housing. Mission First works with grandparents who are “aging out” of the development’s grandfamily units to secure housing in the family section of the building or in one of the organization’s other properties. As of March 2019, 47 of the grandfamily units were occupied, and 74 children were living in those units.

Gentry and her two grandchildren were the first family to move into Plaza West. She said that she could not live in many of the city’s senior housing options because she has children in her household. She could live in other housing, she said, but at Plaza West, she and her grandchildren get the support services they need. Both seniors and children have specific needs, and many grandfamilies have additional needs associated with the trauma of losing an adult child or parent. Clark serves as an onsite resource at Plaza West, organizing events and programs and connecting residents with those needed services. Clark will soon be joined by an onsite case manager to provide additional support. Gentry also said that Plaza West fosters community among peers who find themselves in similar circumstances. Thanks to Plaza West’s community spirit and supportive services and programming, Gentry said, “Plaza West has been an exciting adventure for me and my children…. It has been a great transition.”

Breaking down barriers to ADUs and constructing multifamily, multigenerational housing are among the strategies that communities might pursue to accommodate the housing needs of an aging population and an increasing number of multigenerational households. These options give families greater flexibility to cope with changing health needs, affordability pressures, childcare needs, social isolation, and other challenges. Beyond addressing these needs, multigenerational housing options can create rich opportunities for social interaction, deepened community ties, and other benefits for families and communities.