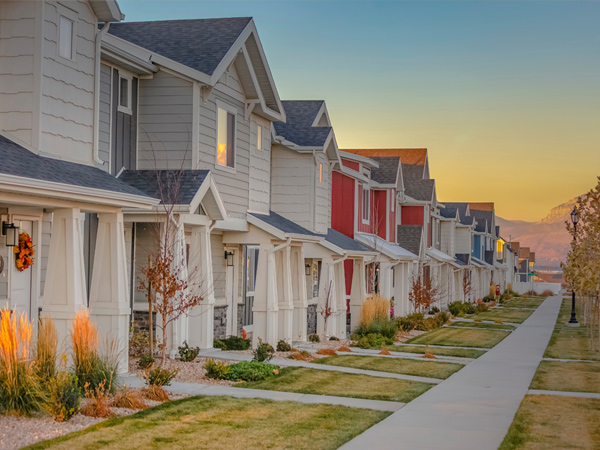 A major challenge to achieving widespread housing affordability in the United States is the persistent underproduction of new housing. Restrictive land use regulations — especially in high-productivity metropolitan areas — limit housing supply and drive up the cost of housing to levels unaffordable to many. To attract further attention to the problem and to possible solutions, the White House hosted a virtual event, “Reducing Land Use and Zoning Restrictions,” on October 29, 2021. The event featured two panels, both composed primarily of local and state officials, who shared their experiences trying to move the needle on zoning reform.

The scale of the problem is significant, as Brian Deese, director of the National Economic Council; Cecilia Rouse, chair of the Council of Economic Advisors; and Ed Glaeser, professor of economics at Harvard University, laid out. Citing data from Freddie Mac, Deese pointed out that the nation currently falls 3.8 million total housing units short of demand; the construction of starter homes has fallen from 418,000 units annually 50 years ago to only 65,000 units today. Although the federal government plays an important role in reducing this gap, state and local authorities, said Deese, are central to achieving greater housing production. Rouse added that not only do high housing costs make it harder for families to build a stable financial foundation, but the exclusionary zoning at the heart of present supply issues also prevents many families from accessing communities of higher opportunity. Glaeser showed that restrictive zoning is especially harmful in high-productivity places, increasing housing costs and preventing people from moving from areas of lower opportunity, and that these restrictions aren’t necessary: “Places that build a lot aren’t expensive, and the places that are expensive don’t build a lot.”

Participants in the event’s first panel offered local perspectives on zoning issues. Austin mayor Steve Adler reported that his city’s past decade of intense growth has driven up housing prices, creating an urgent need for zoning reform. However, competing local concerns between housing affordability and preserving existing neighborhoods have made comprehensive zoning reform difficult. One strategy that Adler said has been successful in tamping resistance to denser new construction has been to allow more zoning changes for developments that include commitments to affordable housing. Jeana Dunlap, a strategic advisor in Louisville, Kentucky, emphasized that, when overhauling zoning rules that have led to high housing costs, policymakers need to adopt an approach focused on equity. Louisville committed to a review of its development code to address inequities, delivering 46 recommendations that can serve as a polestar during a transparent process of step-by-step zoning reform.

Nathan Fletcher, who chairs the San Diego County Board of Supervisors as well as the local transit agency, described similar struggles in his area but with the added challenge of limited buildable and insurable land. Focusing on infill development, said Fletcher, could help San Diego increase housing affordability while achieving environmental goals by limiting sprawl. In addition, ensuring that workers are paid fairly can also improve affordability by increasing the amount that households are able to spend without becoming cost burdened. San Diego has made progress in allowing for accessory dwelling units and small multifamily units such as duplexes and quadplexes, increasing height limits on new buildings, and dedicating county-owned land to affordable housing construction.

The Role of State Governments in Reforming Local Policy

The event’s second panel featured state-level elected officials, who agreed on the importance of having state governments partner with localities to pursue zoning reform. Echoing Deese, Tina Kopek, speaker of the Oregon House of Representatives, said her state’s housing supply currently falls 30,000 units short of demand. Meeting this challenge while respecting the environmental policies that protect the state’s forests and farmland meant pursuing more infill development. To accomplish this, Oregon passed a law requiring jurisdictions within the Portland metropolitan area with 10,000 residents or more to allow duplexes on any lot. Cities with populations of 25,000 or more are required to allow even more multifamily housing types. By imposing these requirements at the state level, Oregon relieved localities of the need to engage in potentially contentious efforts to achieve reform themselves. California state senator Scott Wiener and Utah state senator Jacob Anderegg both reinforced the key role for states: acting on longstanding bipartisan recognition of the need for affordable housing and relieving local jurisdictions of the political pressure that often stymies needed change. In California, Wiener also described important state efforts to strengthen existing laws to ensure that local jurisdictions were making full use of available policy tools. In Utah, Anderegg reports successes in local zoning reform in which the state presents a toolkit of approximately two dozen reforms that jurisdictions can make, requiring adoption of a few at first while leaving the door open for requiring jurisdictions to implement further reforms from the toolkit down the line.

In addressing the persistent problem of housing affordability, actors at all levels of government play important and complementary roles. The solutions may ultimately be local in their implementation, but the consequences of restrictive zoning are felt nationally: inadequate housing supply not only hurts residents currently living in high-productivity, high-cost areas, but it also prevents people from moving to areas of high opportunity. As the panelists showed, increased awareness of the issue of restrictive zoning has already led to meaningful reforms at the state and local levels.