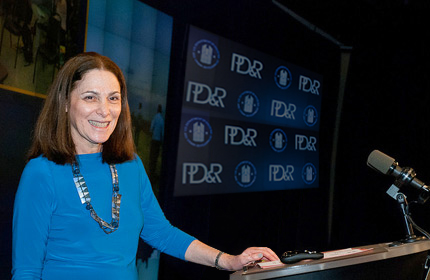 June may be National Homeownership Month, but HUD works to support and expand homeownership opportunities for all Americans year-round. For many Americans, owning a home is an essential part of the American dream that conveys a number of economic benefits, such as the ability to accumulate wealth and access credit by building home equity, reduce housing costs through the mortgage interest deduction, and gain long-term savings over the cost of renting.

According to the U.S. Census Bureau, the nation’s homeownership rate fell from 66.2 percent in 2000 to 64.2 percent in 2017, but overall it has varied little since 1960. Many Americans, however, are not confident that they will ever own a home. Many first-time homebuyers have difficulty coming up with a downpayment (either through their own savings or through assistance from their families), overcoming regulatory burdens and student loan debt, or obtaining adequate credit. These challenges are even more pronounced for minorities, whose homeownership rate of 46.3 percent remains substantially below that of whites. Despite finding steady jobs and rebuilding their credit following the recession, some African Americans are struggling to save for a downpayment. African-American workers, who already earn less than white workers, are more likely than those in other racial groups to spend a greater proportion of their paychecks on student loan payments and rent. Minorities who do save enough for a downpayment are often assessed higher lending fees that make the mortgages unaffordable. Approximately 8 percent of African-American and Latino homeowners lost their homes to foreclosure between 2007 and 2009, almost twice the rate of white homeowners. These barriers to homeownership have created a longstanding wealth gap between African-American and white households; the Federal Reserve estimates that the median net worth of white families is nearly 10 times that of black families, making it especially difficult for people of color to save the money needed to buy a home. In addition, housing units owned by African Americans sell for 35 percent less than similar units owned by whites, further widening the wealth gap.

What can be done to help more Americans enjoy the benefits of homeownership? HUD has examined housing counseling for first-time homebuyers as one possible solution. Another HUD-funded initiative, the Family Self Sufficiency (FSS) program, helps low-income families who receive federal rent subsidies or public housing reduce their dependency on public assistance by promoting employment and asset building. Over a 5-year period, participants work with a case manager to set and pursue goals related to education, job training, money management, child care, and transportation. A key component of the FSS program is the interest-earning escrow savings account that grows as earned income increases and can be used for a downpayment. Participants receive the funds after successfully completing the program. In 2012, HUD commissioned a national random assignment evaluation of the FSS program’s impacts on labor market and other quality of life outcomes for households receiving housing choice vouchers. This report examines FSS program implementation, participants’ engagement in the program, and program impacts on labor force participation and the receipt of government benefits in the first 24 months after program enrollment. The evaluation finds that although FSS increased participation in a range of employment-related services and support services by a statistically significant 13 percentage points, participants did not increase employment rates or average earnings in the first 2 years; they did, however, experience small shifts from part-time to full-time employment.

Homeownership has been promoted as government policy not only through FHA loans but also through the government-sponsored entities Freddie Mac, Fannie Mae, and the Federal Home Loan Banks. The federal government further promotes homeownership through the tax deduction for mortgage interest payments on a primary residence. The Community Reinvestment Act, passed in 1977 to reduce redlining, also encourages homeownership among low-income earners. The federal government’s promotion of mortgage borrowing and lending to expand homeownership, however, has spurred considerable debate about how these policies affected the onset and aftermath of the subprime mortgage crisis and tax policies on mortgage interest deductions.

Increasing homeownership rates, and the economic benefits that homeownership confers, continues to be a government and societal goal, and HUD will continue to ensure that the opportunity to seize this part of the American Dream is available to as many Americans as possible.