Honoring East Austin’s Past and Preserving an Affordable Future 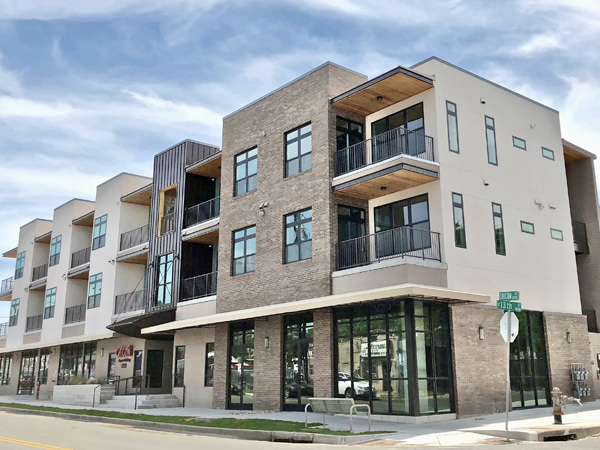 Austin, the capital of Texas and home to the flagship University of Texas campus, has grown rapidly over the past decade. Many larger Silicon Valley companies such as Apple, Facebook, and Google have chosen Austin to host their larger satellite offices, joining Dell, which has been headquartered in the greater Austin metropolitan area since its founding in the 1980s, and earning the city the moniker “Silicon Hills.” This economic activity has driven a significant population increase. According to the U.S. Census Bureau, from 2010 to 2019, Austin gained 177,000 residents, the fifth-largest numeric increase in population in the United States. Austin is now the 14th most populous city in the nation, ranking just behind San Francisco.

This growth, however, does have downsides. The city’s housing market has tightened as its population has grown, resulting in an acute shortage of affordable homes. In a 2017 report, the city of Austin outlined specific policies to close the housing gap. The report’s core proposal was to substantially increase the number of affordable units built by the city itself as well as by private and nonprofit entities. One of the nonprofit developers pursuing this goal is the Chestnut Neighborhood Revitalization Corporation (CNRC), which opened its largest undertaking to date, The Chicon, in May 2018. The 28-unit mixed-income complex uses a community land trust model to boost residents into homeownership.

Established in 1997, CNRC is an affordable housing nonprofit that works to keep East Austin’s housing market affordable, says Sean Garretson, CNRC’s board president. One of CNRC’s goals for The Chicon was to offset gentrification and displacement in East Austin, an area that was once the heart of the city’s Latino and African-American communities.

The Chicon, which opened in May 2018, is considered to be CNRC’s most ambitious project, not only because of the many planning stops and starts along the way, but also because it encapsulates CNRC’s primary goals over the past 24 years. 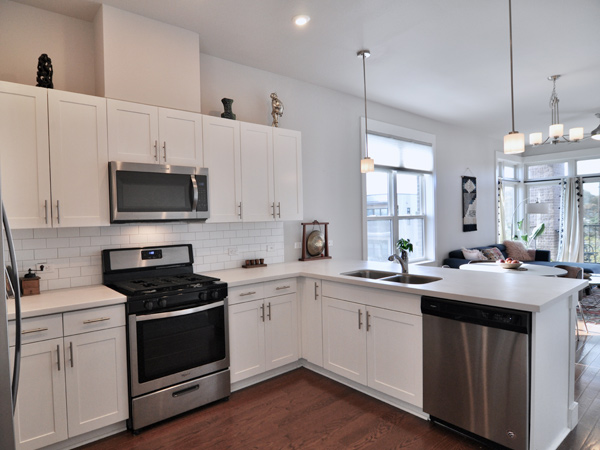 The Chicon offers 28 mixed-income units, 21 of which are reserved for households earning no more than 80 percent of the area median family income. Credit: Photo courtesy of Skout Real Estate

To promote affordability, CNRC developed The Chicon as a city-designated land trust and reserved 21 of the 28 units for households earning no more than 80 percent of the area median family income. Every residential unit is owner occupied, but deed restrictions govern the conditions of resale of the affordable units. Owners can sell their units as long as the new household meets the income requirements, a condition that helps CNRC guarantee affordability in the coming decades no matter how the surrounding community changes.

The commercial spaces of The Chicon are also owner occupied. Instead of leasing spaces, CNRC invited local small businesses to buy and own each retail space at a reduced rate. A board of community volunteers approved The Chicon’s retail owners, ensuring that they benefit the larger Chestnut neighborhood. Retail occupants include a gift and jewelry shop, pet supplies store, exercise studio, coffee shop, bakery, and an architectural firm.

The Chicon currently consists of two 3-story buildings; groundbreaking for a third building is planned for late 2021. The lower levels of the 2 buildings have 8 commercial spaces; the upper levels house 28 mixed-income condominium units.

The buildings are built in a podium style, with heavier materials being used for the first floor and lighter materials being used for the upper two floors. The brick and stucco exterior façade features smaller metal and wood accents. Developers adhered to Austin Energy Green Building sustainability ratings. Around the complex, sidewalk plantings and gardens, benches, shade coverings, and bicycle racks contribute to a New Urbanist aesthetic intended to create a resident-friendly neighborhood. 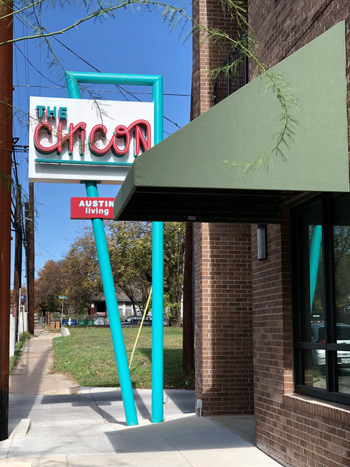 Residents approved occupants of the tenant-owned, first-floor commercial spaces to ensure that they would benefit the entire neighborhood. Credit: Photo courtesy of Skout Real Estate

The one-, two-, and three-bedroom units range from 598 to 1,098 square feet. Apartment features include stainless steel kitchen appliances, gas ranges, tankless water heaters that consume less water and energy than traditional water heaters, and a combination of cement flooring and carpeting. Every unit has a private balcony and cedar plank ceilings. Residents have access to a gated parking garage and bicycle storage.

Development of The Chicon began in 2013. Although real estate values in East Austin were rising, the area had historically faced disinvestment and decline. The neighborhood had experienced general turbulence in recent years, and its properties largely consisted of older stock. Although CNRC eventually secured financing for the project, it encountered several delays, during which construction and labor costs were rising. By the time CNRC finally received full approval to begin construction, it needed additional financing to cover these rising costs. Construction costs for The Chicon totaled $11 million. Financers included Frost Bank, the Texas State Affordable Housing Corporation, the city of Austin's Neighborhood Housing and Community Development department, and Bartlett Cocke Construction.

The Chicon is in the Chestnut neighborhood of East Austin, which is considered the bedrock of Austin’s African-American community. The Chicon’s two buildings are named for local Black Austinites — Mr. Joyce, a local school band director, and Mr. and Mrs. Gibbs, previous owners of the land parcel and a neighborhood barber shop. Conveniently close to downtown Austin and the University of Texas, East Austin is still growing, with housing affordability pressures continuing to mount.

The Chicon’s opening was timely. The 2017 report by the city of Austin found that addressing the city’s affordability crisis would take more than just issuing additional rental subsidies. Austin will also need to construct more affordable units, provide additional transportation options, offer property tax abatements, and promote more equitable homeownership programs, among other strategies. The Chicon contributes to this broad effort through an ownership structure that lowers the affordability barrier to homeownership, allows residents to build equity, and preserves affordable options in a gentrifying neighborhood.