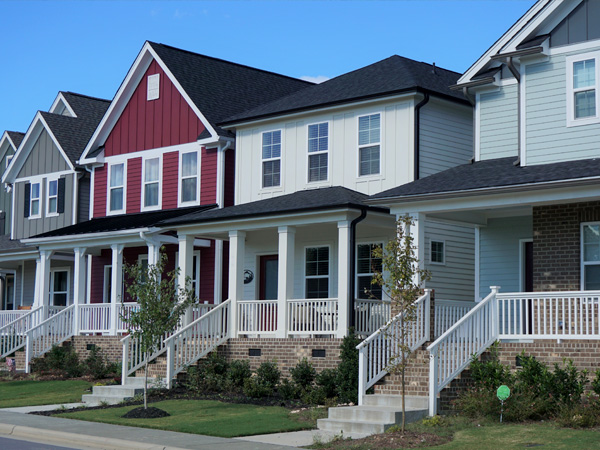 The Household Pulse Survey provides insight into how household experiences have changed during the COVID-19 pandemic.

The Census Household Pulse Survey provides insight on how individuals are experiencing business closures, stay-at-home orders, school closures, changes in spending patterns, and other abrupt and significant changes to American life during the pandemic. Included in the survey are several questions about housing circumstances that researchers can use to assess the current state of U.S. housing.

This article highlights how trends specific to housing have changed between December 2020 and March 2021. The number of renter households behind on rent peaked in December and January and by late March 2021, rental instability numbers were at or below the spring 2020 numbers, when the pandemic (and the survey) started. For both December and March, we analyzed survey results from later in the month to get a more complete picture and better comparison of households’ ability to pay rent. The National Multifamily Housing Council’s Rent Payment Tracker suggests that between 10 and 15 percent of multifamily rent payments are made after the 6th and before the end of each month.

How has housing insecurity changed for renters? 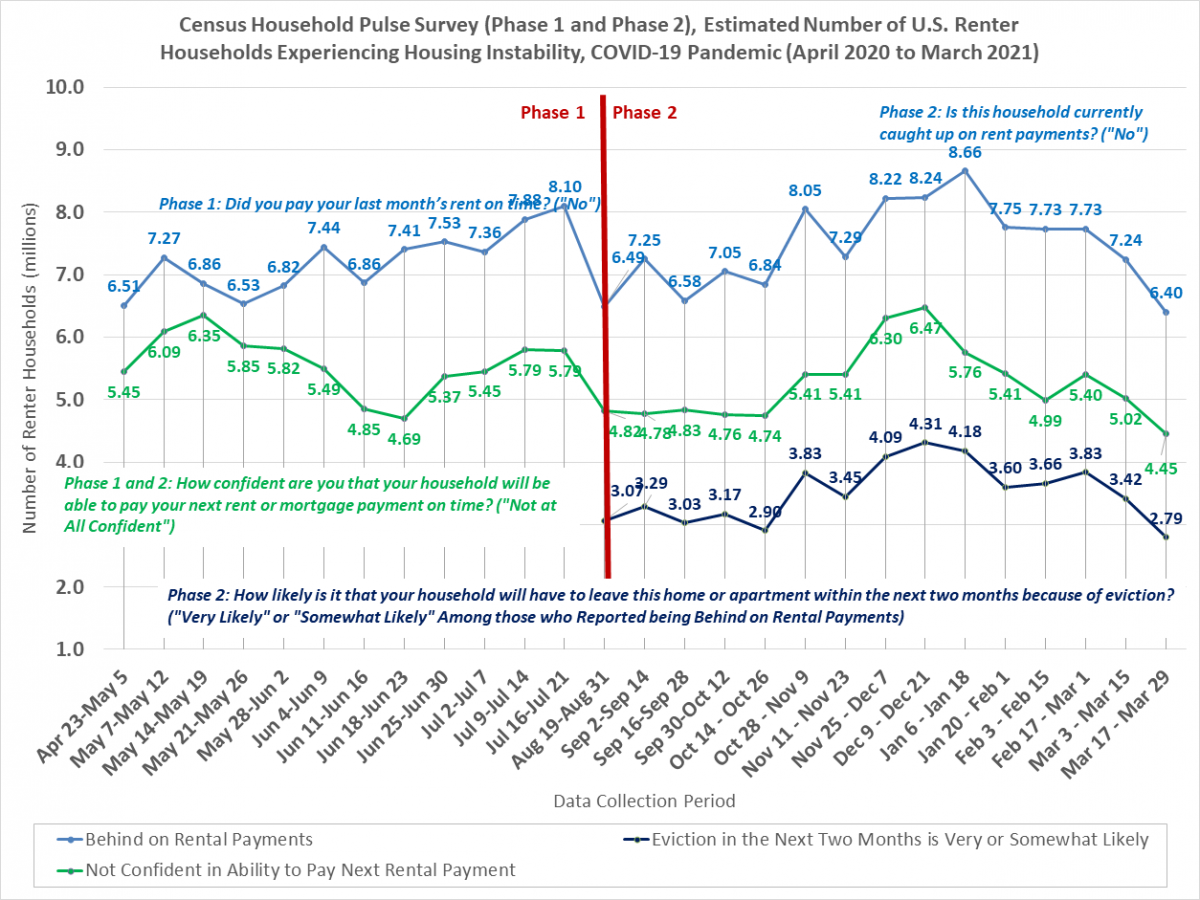 How has housing insecurity changed for homeowners?

How have housing circumstances changed for low-income households?

The Urban Institute estimates that 5.7 million low-income jobs (paying below $40,000) have been lost during the pandemic. The Census Household Pulse Survey breaks out its income data at $35,000, which provides some insight into whether a similar cohort of households who may have experienced job losses are still able to make housing payments. In late December, 4.7 million renter households with incomes below $35,000 reported being behind on rent and another 2.8 million owner households in the same income range were behind on their mortgage. By late March, that number had dropped to 3.4 million renter households and 2.5 million owner households, respectively. We also know that tenants with the lowest incomes are most at risk of evictions. Results from the survey show that 2.2 million households who were behind on rent in late December believed an eviction was likely in the next 2 months, compared with 1.4 million households in late March.

While some differences in numbers could be due to statistical noise from the survey, the decrease in households reporting being behind on housing payments between December 2020 and March 2021 generally reflects an improving economy over that same time period. As more households were able to find work (as evidenced by the decreasing unemployment rate), these households were potentially able to use their earnings to become current on housing payments. Households also received government assistance, whether from stimulus checks, unemployment insurance, and emergency rental assistance from the American Rescue Plan or from the Coronavirus Relief Fund via the CARES Act, which they may have applied to reduce or eliminate back payments on housing. HUD will continue to monitor results from the next phase of the Census Household Pulse Survey to track how the combination of an improving economy and the receipt of payments from provisions within the American Rescue Plan impacts the ability of households, particularly low-income households and households of color, to stay current on their rents and mortgages.