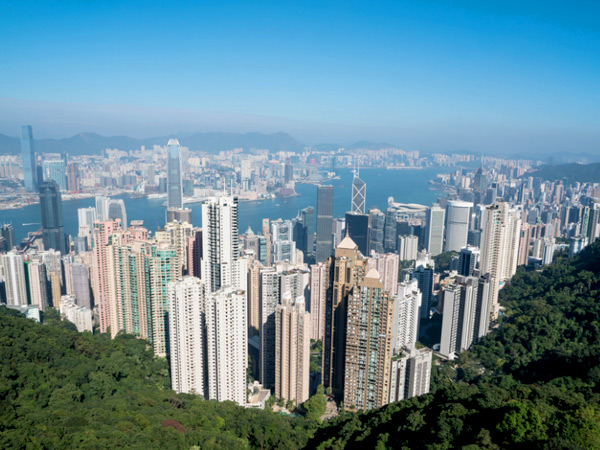 Most global cities experience challenges in providing affordable housing. For the second city in our series on affordable housing, we examine Hong Kong, a Special Administrative Region (SAR) of China. Hong Kong, with 7.3 million residents, has an independent economy and conducts its own commercial and international agreements. Its housing, however, is “severely unaffordable,” according to the 2017 Demographia International Housing Affordability Survey.

The Demographia survey measures housing affordability by dividing an area’s median home price by its gross median household income, a measure known as the house price-to-income ratio. A ratio of less than 3.0 is considered affordable, and a ratio of more than 5.1 is considered “severely unaffordable”. Hong Kong’s house price-to-income ratio is 18.1, meaning that, at the city’s median annual household income of HK$300,000, the median cost of a home is more than HK$5.4 million. Some housing researchers attribute this extreme ratio to the forces of supply and demand, whereas others believe that the problem is not a lack of housing but government control of land, which artificially inflates prices. Land premium charges levied by the Hong Kong government make up 50 percent of the total cost of development projects. Developers from mainland China purchase much of this land at extremely high prices, driving many smaller, local developers out of business, and the resulting apartments are sold for record profits. Recently, two Chinese developers paid more than $2 billion for a city plot, which exceeded its value nearly 50 percent. Only under exceptional circumstances, such as the 1998 Asian financial crises and the 2003 respiratory syndrome outbreak known as severe acute respiratory syndrome, or SARS, has the Hong Kong housing market seen affordable levels.

In Hong Kong, homes are called “estates.” Although these estates can be detached homes, apartment towers are the most common form of housing. Estates may be sold or rented through various government subsidy programs. Those programs include Public Rental Housing Estates, the most numerous; the Home Ownership Scheme; the Tenants Purchase Scheme; the Flat-for-Sale Scheme; and a Sandwich Class Housing Scheme, housing built for sale to middle-income residents who don’t qualify for low-income public housing but cannot afford private housing. These programs are all designed for homeownership except for the Public Rental Housing Estates program, which is managed by the Hong Kong Housing Authority and the Hong Kong Housing Society and leased to low-income residents. Without subsidized programs, it is unclear how working-class residents could afford a home at all; Hong Kong’s minimum wage is currently HK$34.50 (US$4.43) per hour, and the Public Rental Housing Estates program alone houses more than 30 percent of the city’s population. These renters face a battery of means tests and waiting lists that can exceed 3 years. Those who have fulfilled the eligibility criteria for public housing are provided interim housing while awaiting a housing allocation. The average monthly subsidized rent for a public rental home ranges from HK$320 to HK$4,260 (US$40 to US$546), with the average being HK$1,700 (US$220). Private (unsubsidized) rentals average HK$1,635 (US$209) for a 400-square-foot flat.

The government’s high subsidies make rents affordable for low-income residents, but they leave that demographic unable to move to homeownership. Most mortgages in Hong Kong finance 70 to 90 percent of the home’s value, leaving residents to produce the remaining 10 to 30 percent for a downpayment. It can take 18 years for a skilled laborer to save enough to buy a 600-square-foot flat. Former Chief Executive Leung Chun-ying established a steering committee in 2012 to review long-term strategies for solving these housing issues. The committee established a 10-year plan to set targets for increasing the affordable housing supply; the current target is 460,000 units, of which 60 percent will be public and 40 percent will be private. Currently, the government has sold enough land to build about 51,000 private units and 94,500 public units, more than double the amount built in the past 5 years. To assist local developers, the government has discontinued land sales by application and initiates the sale of smaller plots to allow smaller local developers to compete. The government has put property purchase restrictions and tax measures in place to prioritize first-time homebuyers over foreigners and help stabilize housing, allowing it to catch up with the affordable housing shortfall. Leung Chun-ying’s administration also introduced the concepts of increasing development density, changing land use restrictions, and redeveloping old properties. Increasing the city’s land supply will require innovative approaches from the new administration because many of Hong Kong’s indigenous rural inhabitants have protected rights and interests.

The previous administration bears the brunt of the responsibility for Hong Kong’s current shortage of affordable housing. As the owner of both the city’s land and its housing, the government was the sole beneficiary of property sales and therefore had little incentive to address the city’s housing issues. Chief Executive Leung Chun-ying has set the city on a path that, if followed, could alleviate Hong Kong’s housing pressures and perhaps change the city’s “severely unaffordable” rating from the International Housing Affordability Survey. Such change will take time and continued planning, but it can serve as an example of proactive governance for other heavily populated cities in the region.