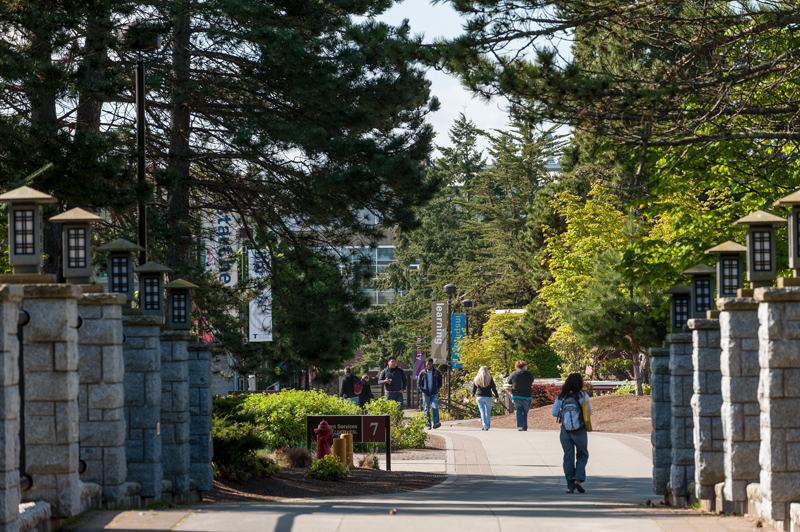 Many college students struggle to secure stable, affordable housing. In September 2015, HUD’s Office of Policy Development and Research (PD&R) hosted an expert convening on housing insecurity among community college students, bringing together leaders from community colleges, nonprofits, academia, the federal government, and the Tacoma Housing Authority (THA). The expert convening discussed the challenges students face in obtaining housing, best practices on the ground, and effective strategies, such as the national Single Stop USA program. The convening also highlighted an innovative program in Tacoma, Washington, that may serve as a promising new model. After the Tacoma program’s first year, participating students were more than three times more likely to remain enrolled in college than similarly situated students who did not participate.

In 2014, more than a hundred students attended Tacoma Community College (TCC) while they were homeless or at risk of becoming homeless. This situation led TCC and THA to launch a three-year pilot program, the Tacoma Community College Housing Assistance Program, in fall 2014. Full-time TCC students who are homeless or at risk of homelessness, maintain a grade point average (GPA) of at least 2.0, make adequate progress toward a degree, and meet relevant HUD rules receive housing choice vouchers and extensive student support services. The vouchers last until students graduate or for three years, whichever comes first. The program aligns with THA’s broader Education Project, which strives to leverage education outcomes from housing programs.

THA uses its flexibility as a Moving to Work public housing authority to designate vouchers for the program. As mentioned during the convening, most housing authorities cannot set aside vouchers in this way. TCC advertises the program, initially screens participants, and supports the students with workshops, dedicated Completion Coaches, and Workforce Development Navigators. TCC also strives to build the group as a cohort, empowering students to support each other.

Twenty-two students participated in the program in its initial year. The average participant was 35 years old; four-fifths of participants were parents, and more than half worked while attending school. Participating students have enrolled in a range of majors, such as social work, nursing, and business, and some students are planning to transfer to a four-year institution after completing their associate’s degree.

As the convening’s attendees discussed, the program’s first-year results, although early, are promising: 95 percent of participating students (21 out of 22) remain enrolled a year later compared with 24 percent of eligible applicants (35 out of 146) who were not served. Participating students had an average GPA of 3.05, higher than TCC’s average GPA of 2.96 for all students.

The program has encountered a few hurdles so far. More than six months passed between the time students signed up and the start of the program, and many eligible students withdrew from the program or school in the meantime. Other students were not able to lease an apartment with their voucher, often because they couldn’t afford the security deposit. THA will help students in the next group pay for deposits.

Program costs will also be a challenge in the long term. TCC estimates that in its first year, the program cost about $3,000 per student for staff and materials, although serving additional students will not cost quite as much. THA has committed $150,000 in rental assistance over the three years of the pilot. In November 2015, THA and TCC plan to expand the program to a second cohort, with the size depending on interest.

The Context for Success

Second, accelerated community college programs with strong support structures have shown strong results. The City University of New York’s Accelerated Study in Associate Programs (ASAP) model, for example, requires participating low-income students to enroll full time and encourages them to graduate with an associate’s degree within three years. Any gap between students’ financial aid and their need is waived, and students receive free MetroCards and can borrow textbooks for free. Students are assigned a program advisor with a small caseload, meet with a career specialist once a semester, attend academic and career seminars, and attend classes in the first year as a group. MDRC’s 2015 randomized evaluation of ASAP found that after three years, the program nearly doubled graduation rates among participants to 40 percent, compared to 22 percent among the control group. And even though ASAP’s services cost more, the program graduated more students per dollar spent because so many more ASAP participants graduated.

The convening’s attendees also discussed other effective models, including the successful Single Stop USA model, which community colleges around the country have implemented. Single Stop coordinators assess students’ needs and connect them with benefits, including housing. Leaders from the Community College of Philadelphia and the City University of New York described how their Single Stop programs have helped thousands of students stay in school.

Housing as a Platform for Higher Education

Housing can provide a powerful platform for educational success. For decades, HUD has operated programs such as Jobs Plus and Family Self-Sufficiency that connect people receiving housing assistance with opportunities to attain higher education and skills. The Tacoma model offers a potent complement to these strategies: it instead targets housing assistance to people who have already enrolled in higher education but have severe housing needs. Expanding and further evaluating these programs could help many families overcome barriers, improve their quality of life, and become self-sufficient.