Breaking Down Regulatory Barriers to Housing 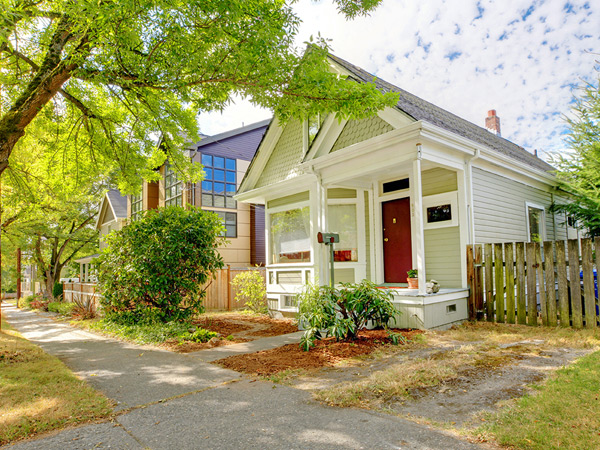 Reducing regulatory barriers that decrease housing affordability has been a strong focus of HUD for more than three decades. In 1990, then HUD Secretary Jack Kemp established a 22-member advisory commission to explore the effects of various federal, state, and local laws and regulations on affordable housing development. The following year the commission released a comprehensive report in which it identified exclusionary zoning policies, often motivated by not-in-my-backyard opposition from residents, excessive development fees, and burdensome permitting processes as some of the specific regulations that can add to housing costs. Since then HUD has undertaken several initiatives that reinforce its commitment to lowering regulatory impediments to affordable housing, including the Regulatory Barriers Clearinghouse (RBC).

The American Homeownership and Economic Opportunity Act of 2000 called for HUD to establish within the Office of Policy Development and Research a national repository to collect and disseminate information on state and local regulations that impact the development and maintenance of affordable housing. In response to the Congressional mandate, HUD launched the Regulatory Barriers Clearinghouse in 2001 as an online information resource for state and local strategies, activities, and plans that promote affordable housing.

RBC features an easy-to-use, searchable database that contains links to more than 2,400 research reports, articles, community plans, ordinances, and statutes from across the nation. These resources all address one or more types of regulatory barriers, including administrative processes, building codes, zoning and subdivision regulations, fees, tax policies, infill and growth restrictions, and environmental and historic preservation rules. The database is searchable by keyword, location, and publication type and year. For each search result, a brief summary is provided along with a web location link that users can click on to access the full document.

The lack of housing affordable to low- and moderate-income families remains a pressing issue. A preview of HUD’s latest Worst Case Housing Needs report shows that, in 2015, the number of rental units affordable and available to households earning between 0–50 percent of the area median income was 62.1 per 100 renters. Although many factors influence housing affordability, restrictive land use regulations, such as those that require large lot sizes and excessive offstreet parking, can increase costs and exacerbate affordable housing shortage.

State and local governments around the country faced with housing challenges are tackling such regulatory barriers and implementing targeted solutions, many of which are included in the RBC database. For example, in 2015, the city of New Orleans, Louisiana, adopted an amendment to its zoning code to support the production of affordable housing. Under the amended ordinance, multifamily developments with 5 percent of the units affordable to households earning up to 30 percent of the area median income (AMI) are eligible for a 15 percent reduction in the minimum lot area required per dwelling unit. Developments that include units set aside for households with incomes up to 80 percent of AMI are also eligible for lot size reductions.

In 2015, the state of Missouri authorized the reduction of property taxes for owners of income-restricted developments. The state requires county assessors to use an income-based approach and factor in rent restrictions when calculating taxes on properties that serve as affordable housing.

In addition to collecting strategies like those mentioned above, RBC offers public officials, planners, developers, and other housing professionals the opportunity to contribute innovative ideas and solutions for regulatory reform on its Submit a Story page. By seeking out and sharing promising approaches that communities can learn from and replicate to break down regulatory barriers, RBC is furthering HUD’s efforts to improve housing affordability for all.