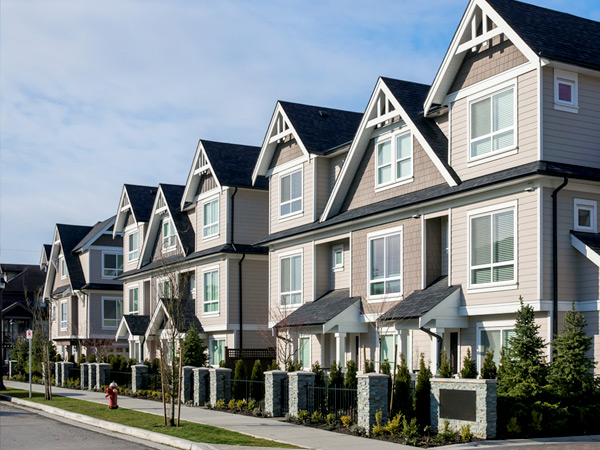 When the costs of available housing options in an area are high relative to household income, households may need to make tradeoffs, says Painter. In an effort to curb high costs, households may choose housing that is far from employment centers and would require long commutes or share housing with other households, which could lead to overcrowding. Alternatively, households might reduce spending in other areas, such as transportation, health care, food, and education, to offset high housing expenditures.

Accurately understanding housing cost burdens is essential to determining the scope of housing needs and ensuring that families can afford other nondiscretionary costs, but defining affordability in terms of a percentage of household income creates challenges. According to Painter, housing costs reflect more than just the price of housing units alone; these costs also account for neighborhood school quality, public safety, and access to jobs and amenities. The percentage of income standard for housing affordability may not fully consider the effects of housing and neighborhood quality. Housing that may appear affordable based on cost alone, for example, might be far from employment centers, increasing the percentage of income a household dedicates to transportation. A household may also choose a low-quality housing unit or a low-opportunity neighborhood to reduce housing costs. As a result, the conventional measure of affordable housing may underestimate the number of households who are burdened by combined housing and transportation costs as well as the number of households in need of quality affordable housing.

Before introducing an alternative way to measure housing affordability, Danny Ben-Shahar, senior lecturer at Tel Aviv University, also noted that the percentage of income measure, as well as the housing price-to-income ratio that is used to determine the affordability of homes for purchase, may not provide insight into households’ preferences and housing consumption relative to their peer groups. For example, households with higher incomes may voluntarily choose more expensive housing, which makes their housing costs appear less affordable, whereas households with lower incomes may do the opposite, choosing housing that is smaller, further away from employment centers, or less well maintained, which makes their housing costs appear more affordable. Thus, the conventional measure of housing affordability may overestimate housing affordability issues for higher-income households and underestimate these issues for lower-income households.

Ben-Shahar presented an alternative to the traditional housing price-to-income approach that accounts for variations in household incomes and preferences. Ben-Shahar and his colleagues used location and demographic data to create median housing “consumption bundles” for groups that represent a specific set of demographic characteristics for a particular location. Each household was then matched with the median consumption bundle for its group to calculate a standardized price-to-income ratio. Using this method across a sample of major and tertiary metropolitan statistical areas (MSAs) in the United States, Ben-Shahar and his colleagues found substantially lower levels of housing affordability than those detected by the traditional measure of affordability.

In addition to meeting the basic need for shelter, housing can also be a component of efforts to promote positive life outcomes for low- and moderate-income families. Research shows that affordable housing has the capacity to help improve residents’ health, access to education, and employment prospects. Conversely, high housing cost burdens are associated with negative life outcomes such as declines in mental health, reduced parental enrichment spending and cognitive achievement for low- and moderate-income children, and reduced educational attainment among children. Ensuring that policymakers define housing affordability in a way that allows families to obtain quality housing and comfortably pay other nondiscretionary costs is important to helping those families thrive.

Stuart Gabriel and Gary Painter. 2017. “Why Affordability Matters,” 4–23. Presentation at Housing Affordability: Why Does It Matter, How Should It Be Measured, and Why Is There an Affordability Problem? American Enterprise Institute, 5–6 April 2017. Accessed 10 April 2017.