The Middle-Class Experience of Housing Stress 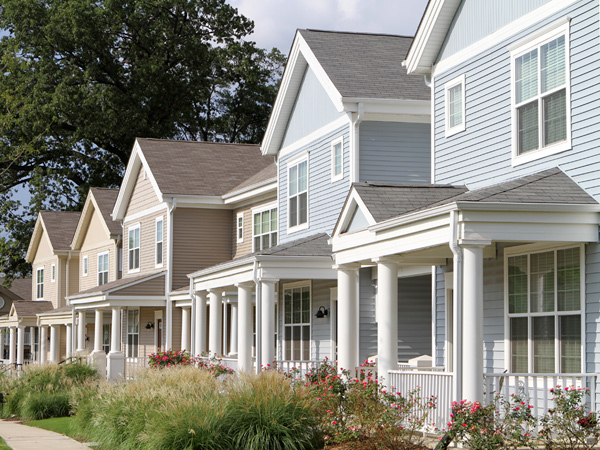 Over the past 5 years, housing costs have outpaced income, and although low-income households are the most vulnerable to changes in the housing market, middle-income households have also felt the effects of these shifts. Researchers and policymakers, however, often pay less attention to the effects of the housing market on the middle class. On May 8, 2019, Jenny Schuetz, David M. Rubenstein Fellow in the Metropolitan Policy Program at the Brookings Institution, presented a new report at the institution’s headquarters in Washington, DC, that examines the tradeoffs middle-class Americans make every day when choosing where to live as well as potential policy solutions that would reduce their housing stress.

For the purposes of the report, the Brookings Institution defines middle-class as the middle 60 percent of Americans by income. The report further divides its subjects into the three middle quintiles of the population. Schuetz argues that middle-class families can experience several types of housing stress, such as the financial burden of paying too much for housing, overcrowding (too many people living in too small of a home), and the need to live so far from work to afford housing that the commute is unreasonably long.

The average middle-class family does not face the housing pressure of paying more than the HUD-recommended 30 percent of its income on housing. However, specific housing stresses affect some families based on either income or location. Most households (both renters and owners) in the lowest quintile of the middle class (those earning between 21 and 40 percent of household incomes in America) are spending more than 30 percent of their income on housing.

Schuetz moderated a panel of experts to address how to reform land use regulations to relieve housing stress on middle-class households. The panelists argued that state and local governments need to increase housing supply despite political resistance from some long-term homeowners.

Katherine Einstein, assistant professor of political science at Boston University, recounted her research on the role of local control in preventing the construction of housing in Massachusetts. Her research focused on participatory institutions such as planning and zoning boards that dominate the implementation of land use regulations in the United States. She found that when neighbors of projects are invited to comment on potential housing developments, those who attend have overwhelmingly negative views of new housing — far more so than the average community member — and are also more likely to be economically advantaged or white. Although Einstein’s research focused on specific forms of participatory democracy in Massachusetts, she postulated that the specific nuances of any hyperlocal planning process can and will be captured by antidevelopment forces to prevent new housing at a rate greater than that dictated by the will of the broader community.

David Schleicher, a professor at Yale Law School, argued that pro-growth or pro-housing forces typically are too large to be interested in any single property’s development or rezoning. Labor organizations and chambers of commerce, two historic foes, have worked together to support the construction of new housing because, he argued, their interests lie in making the larger housing market affordable for their members or workers. Because a single parcel usually will not affect the larger housing market, however, groups that have macrolevel interests are unlikely to get politically involved in its fate. By contrast, Einstein argued that people who live on the same block as the parcel have a very specific and great interest in that parcel and only that parcel. They may not want to endure construction noise, for example, or they may not want increased density. Schleicher pointed to Minneapolis’ 2040 Plan and New York City’s Zoning for Quality and Affordability reform as examples of successful engagement of progrowth voices in land use politics precisely because they involved a citywide discussions of land use policy rather than discussions specific to a single plot or neighborhood.

Schleicher’s argument relied on reframing the question of development from what should happen in one specific location — a question that only those who are deeply opposed to that specific project will mobilize around — to a broader question of how housing should look in the whole city. Building on that point, Marion McFadden, senior vice president of public policy at Enterprise Community Partners, added that when Minneapolis began addressing housing at a citywide level, racial justice became a major issue that was considered. She argued that concern over the role that land use policies played in racial segregation was an important catalyst for reform in Minneapolis, and the issue might not have been addressed if the discussion had not taken place at a citywide level.

Beyond the major task of reforming land use policies to create housing affordability, Schuetz pointed out that for the lowest quintile of middle-income households, the gap between housing expenses and HUD’s 30 percent threshold is only $100 per month. She said that because that gap is so small, various policies could be pursued to help close it. Schuetz argued that renters lack access to the subsidies that are provided to homeowners in the form of tax writeoffs and mortgage interest deductions, and she suggested that a similar subsidy program could be implemented to close this affordability gap. Because the affordability gap is so small, even modest assistance such as providing financial support to improve the energy efficiency of housing and reduce utility bills could reduce the housing stress felt by a significant number of middle-class families with lower incomes.

Tight housing markets in high-cost metropolitan areas affect more than just low-income households. Middle-income households make various tradeoffs, such as enduring overcrowding or long commutes or simply spending more than they would like, to obtain housing that will work for them. During the past 5 years, housing issues have moved into the public spotlight, and politicians and activists are beginning to see the devolution of land use decisionmaking as creating scarcity in the market. Making land use decisions at a citywide or even statewide level is one of many tools that can be used to increase the supply of housing and reduce housing stress on middle- and lower-income households.