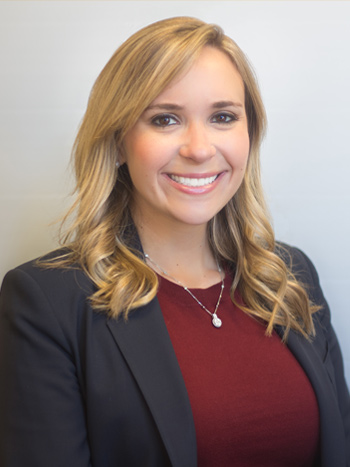 Since December 2019, I have been privileged to serve as the Deputy Assistant Secretary for Policy Development in the Office of Policy Development and Research (PD&R). Previously, I was Senior Advisor to the Assistant Secretary in the Office of Fair Housing and Equal Opportunity. I’m honored to join the PD&R team and eager to advance the Trump administration’s policy priorities.

The late Gertrude Himmelfarb, a historian who focused on the Victorian era, believed that moral vocabulary could help rejuvenate civil society. It bothered her endlessly that, in our own time, the notion of “values” had replaced that of “virtues.” She argued that the former were merely trendy qualities, personal views, and ways of conduct acceptable in a given context. The latter, on the other hand, had built civilization. Virtues, she argued, are objective moral characteristics and therefore are universally knowable and attainable. Self-sufficiency is just one virtue that has suffered reputational harm in our age of relativism.

I’ve been thinking increasingly about the future of homeownership in America as of late — specifically, its inseparable connection to self-sufficiency. If self-sufficiency ultimately falls by the wayside, what will happen to our nation’s appreciation of private property and, even more fundamentally, our natural right to possess property? Can the ideal of “pride in ownership” survive?

Strikingly, and worthy of tremendous praise, is the Trump administration’s revival of the virtue of self-reliance by placing it at the core of so many of its initiatives. Wisely recognizing that the government can only go so far in improving temporal conditions, the administration seeks to foster the conditions under which individuals can have the freedom of physical and metaphysical movement to pursue happiness as they conceive it.

It was once widely understood that everyone, no matter their background, undergoes a maturing process once they’ve purchased their first home. Why is that? Let’s first admit that when we’re young, we’re eager to remold the world according to our own precepts, and we’re also convinced that it’s actually pliable. But when we’re not duty-bound by our own choosing to a particular spot of earth, we’re less concerned about the ways in which our actions will affect that spot. If things don’t work out as we planned — well, we’ll go elsewhere and perhaps try another experiment.

Various studies have shown that the net worth of a homeowner is more than 40 times greater than that of a renter. And homeownership is meaningful only when it can be truly affordable and sustainable. Yet property is valuable in more than simply the financial sense; property ownership is the act of staking a claim. Those with more experience in this world typically have grasped that human beings are imperfect, and, therefore, our ability to predict the second-order effects — let alone the third- and fourth-order effects — of our actions are limited. In turn, a degree of prudence becomes part of the admixture. When we’re personally invested in something tangible, our calculus changes. Homes, for instance, are like living and breathing things; they require compassion in the form of constant attention through repairs and upkeep. With property ownership comes feelings of pride and achievement that demonstrate our progression through the stages of life and realizing the American Dream.

Some may argue that because homeownership binds us to a place, it necessarily restricts our freedom. Quite the contrary; freedom is found not through transience and an absence of sense of identity but through our humanity and connection to others. That means setting down roots, which forge real relationships, make true neighbors, and build authentic communities. All these things are lasting and, indeed, worth encouraging, while at the same time remaining mindful of the proper role of government in the pursuit of American ideals.