Report on UNECE’s Meeting on Housing and Land Management in Geneva, Switzerland 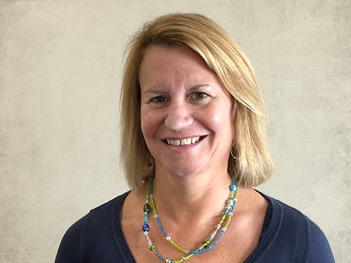 On October 4 and 5, I had the opportunity to represent the United States at the 79th session of the United Nations Economic Commission for Europe’s (UNECE’s) Committee on Housing and Land Management in Geneva, Switzerland. I was honored and excited to participate in discussions on a broad range of topics with representatives of international groups and was welcomed with open arms. UNECE promotes pan-European economic integration and includes 56 member states in Europe, North America, and Asia. More than 70 international professional organizations and other nongovernmental organizations (NGOs) take part in UNECE activities. At the request of the U.S. State Department, the Office of Policy Development and Research coordinates membership and exchanges of information and research for the Committee on Housing and Land Management. The committee focuses on the social dimension of sustainable housing to address housing affordability and social housing. This committee’s work is based on key United Nations policy documents on housing and urban development, including the 2030 Agenda for Sustainable Development, the New Urban Agenda, and the Geneva UN Charter on Sustainable Housing.

The theme of this year’s meeting was “Towards sustainable housing and urban development through alignment with the 2030 Agenda and the New Urban Agenda in the UNECE Region.” I received an extremely warm welcome from the chair of the commission, Elena Szolgayová of Slovakia, who was excited to have a HUD representative after an absence of several years. Representatives from 44 UNECE countries attended the commission meeting along with representatives from other United Nations organizations and NGOs.

Szolgayová kicked off the meeting by stressing the importance of promoting urban planning and governance practices that align with the 2030 Agenda for Sustainable Development as well as the need to identify innovative financing opportunities, including public-private partnerships. Because much of the committee’s work focuses on urban areas, its name was changed to the Committee on Urban Development, Housing and Land Management.

In his keynote address, Kevin McCloud, star of the British TV show Grand Designs and an affordable housing contractor, stressed the importance of the three design principles — happiness, architecture, and beauty — that form the name of his company, HAB. The company’s concept is to encourage people to build beautiful and unique housing that is also environmentally sound; some elements McCloud has included in his residential designs are pointed roofs of varying sizes, a mini golf course, and edible hedgerows planted as gap fillers. (Yes, apparently there is such a thing as an edible hedgerow!) McCloud urged his audience to consider the configuration of trees, because every tree is the cooling equivalent of five air conditioning units.

We then moved on to the important work of the committee. There was a review of the accomplishments of the committee over the past year — most notably, the drafting of guidelines for collecting data on evidence-based housing and urban development policies. There was also a presentation on condominium ownership and management and fire safety, two issues in which the United States seems to be further advanced than our UNECE partners.

Robust discussion followed on the committee’s progress in mapping energy efficiency and technology in the UNECE region and in promoting high-performance energy-efficiency standards in buildings. The United States could play an important advisory role in this area.

The meeting continued with presentations from the Real Estate Market Group as well as the activities of sustainable urban development and smart sustainable cities advisory groups. Interestingly, the European Union spends, on average, 28 percent of its gross domestic product on social housing. Related to smart cities, representatives from Vienna and Glasgow talked about encouraging socially mixed communities and changing from an industrial to a knowledge-based economy.

Another example came from Astana, the capital of Kazakhstan, where policymakers are targeting quality of life and smart green technology. One piece of advice from the representatives from Kazakhstan based on their experience in developing new cities, was to keep land in the hands of government, when possible, to avoid future tenure issues and use block chain technology for land management.

A roundtable discussion on affordable housing stressed the importance of private participation in city functions and help with financing, with participants agreeing that “no one is as clever as we all are together.” Participants shared their experiences concerning the rise in housing prices happening throughout the UNECE region. The lack of land-use regulations is thought to contribute to increasing housing prices as well as low productivity in the construction industry of some countries.

At the end of the meeting, I was elected to the commission to serve a two-year term. I am very excited about the work ahead and honored to represent the United States in this important endeavor.

My trip ended with a walk up the hill to the U.S. mission to meet with Dennis Shea, former assistant secretary for policy development and research at HUD and current U.S. trade ambassador to the World Trade Organization. We shared stories about past and current challenges as well as the opportunities that accompany our new positions.