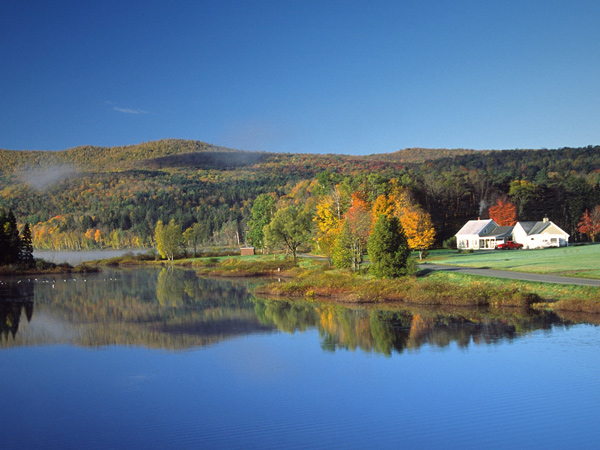 Freddie Mac hosted a Rural Research Symposium in November 2019 to discuss recent work on the state of rural housing in America.

The Housing and Economic Recovery Act of 2008 created a “duty to serve” for the government-sponsored enterprises Fannie Mae and Freddie Mac. The law requires these financial institutions to develop loan products and flexible underwriting guidelines that facilitate a secondary mortgage market for low- and moderate-income families in three underserved markets: affordable housing preservation, rural areas, and manufactured housing, which is disproportionately used in rural areas. In November 2019, Freddie Mac hosted a Rural Research Symposium to discuss recent work on the state of rural housing in America.

Rural households often are underserved by financial institutions and more reliant on traditional banking systems. For example, the Federal Deposit Insurance Corporation’s latest National Survey of Unbanked and Underbanked Households finds that one in four rural households (including nearly one in three households in the rural South) had not used any mainstream credit products compared with less than 20 percent of all households nationwide. Rural households were more likely to make frequent visits to a bank branch and less likely to bank using a mobile phone or home internet service. For example, 21 percent of rural households in 2017 accessed their accounts using only bank tellers compared with only 11 percent of metropolitan households. Similarly, the Consumer Financial Protection Bureau reports that nearly 15 percent of rural Americans are “credit invisible,” meaning that they do not have a credit record, compared with an average of 11 percent of all Americans. Credit visibility strongly correlates with internet access.

Homebuyers in rural areas are more likely to initiate an application directly with a lender and value an established banking relationship over builder or real estate agent recommendations. Federal Housing Finance Agency research published in Cityscape further finds that rural borrowers pay higher mortgage interest rates and are less satisfied with the borrowing experience than are borrowers from metropolitan and other nonmetropolitan areas. Accounting for other aspects of the property, loan, and households, rural borrowers pay an average of 14 basis points more than urban borrowers. Rural borrowers also report being less confident in their knowledge of key aspects of mortgages and less satisfied with the loan closing process.

One particularly troublesome aspect of the closing process in rural areas is property appraisal. The lower population density of rural areas typically means that fewer comparable sales are available on which to estimate property values. Scott Reuter, Freddie Mac’s chief appraisal officer, finds that the average distance to comparable sales was more than 5 miles in rural areas compared with 1 mile or less in urban and suburban areas. Craig Steinley from the Appraisal Institute notes that information on the few sales that do occur is often difficult to access, dated, and inconsistent. He stresses the importance of appraiser skill and geographic competency as well as the use of potentially older but well-verified comparable sales.

Manufactured housing presents its own challenges and opportunities. The Urban Institute finds that manufactured housing is 47 and 35 percent less expensive per square foot than new or existing site-built homes, respectively. Freddie Mac partnered with the University of North Carolina at Chapel Hill’s Center for Community Capital to survey manufactured homebuyers in Texas, which accounts for 21 percent of new manufactured home shipments. Preliminary survey results show that 77 percent of new rural manufactured homeowners owned the land on which the home was sited, yet 64 percent of the homes were titled as personal rather than real property. This pattern is strongly associated with buyers’ preference for using land as collateral — 90 percent of buyers who did not want to use the land as collateral took a personal property loan compared with only 26 percent of buyers who wanted to buy the land and structure using a single loan.

HUD has a unique role to play in manufactured housing. First, HUD is responsible for regulating manufactured home standards under the Manufactured Housing Construction and Safety Standards Act of 1974. In addition, the Federal Housing Administration provides insurance for loans secured by manufactured homes, including personal property loans through Title I.

Lower-income rural renters are served by both HUD’s rental assistance programs and those administered by the U.S. Department of Agriculture (USDA). According to the Housing Assistance Council, USDA’s Section 515 properties constitute the majority of place-based federally subsidized units in more than 300 markets and at least 10 percent of rentals in 1,600 markets. However, a wave of Section 515 rural multifamily loans will mature starting in 2028, threatening the stock of affordable rental housing. Enterprise Community Partners’ analysis finds that 17 percent of Section 515 properties exited the program between 2010 and 2019. Property owners’ desire to retire is identified as a factor; however, local economic conditions and the ownership and management structure of the market are also important.