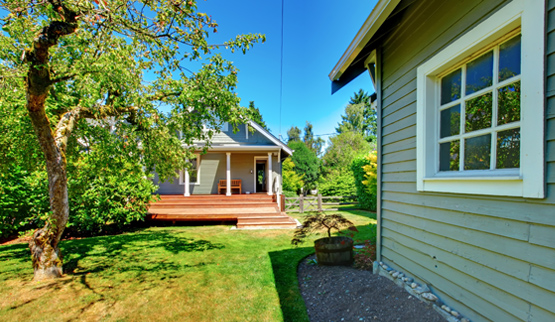 In recent years, California has adopted a series of laws to reduce regulatory barriers to accessory dwelling units.

Housing supply in California is constrained by several factors, including zoning that allows single-family houses throughout many jurisdictions while restricting densities that make affordable housing feasible. To increase the supply of affordable housing, the state has adopted several pieces of legislation that take advantage of the ubiquity of single-family homes. The new regulations promote the development of accessory dwelling units (ADUs), small units sometimes called “granny flats,” to increase density through infill construction that minimizes disruption to a neighborhood’s character. ADUs provide a relatively low-cost solution to increasing the supply of housing, with many ADUs being built in high-opportunity areas and tending to rent at levels more affordable than those of typical market-rate apartments. The state’s legislative efforts represent an iterative approach to promoting ADU development by eliminating restrictive regulations.

Studies have shown the advantages of using ADUs to create affordable housing. A 2017 report by the Terner Center for Housing and Innovation at the University of California, Berkeley finds that, in three Pacific Northwest cities that adopted ADU ordinances, the average construction cost for a unit was $156,000, less than half the average cost of an affordable housing unit in California. Because of the low cost of construction, 58 percent of the ADUs rented at less than the area’s market rate. Similar experiences in other high-cost west coast cities and states have demonstrated the potential of a permissive regulatory environment for ADUs.

California significantly revised its ADU regulations in 2016 and 2017. Although some local jurisdictions were already allowing ADUs to be built in certain circumstances, the legislation limited the restrictions that cities and counties can impose in their ADU ordinances. Specifically, the legislation requires that certain ADU permits be approved ministerially rather than through a discretionary process, limits the parking requirements that localities can impose on ADUs, and curbs utility connection fees for ADUs. The effects of these changes appeared quickly: between 2018 and 2019, the number of ADU permits in California increased from 6,000 to 16,000. Permits have been concentrated in the state’s three largest metropolitan areas: Los Angeles, San Diego, and San Francisco — all high-cost cities with the greatest need for affordable new housing.

In 2019, California adopted a set of bills that further limit the extent to which local ordinances can regulate ADUs. The legislation prohibits localities from requiring that homeowners who convert a garage or carport to an ADU replace the missing off-street parking. The legislation also prohibits localities from imposing area requirements for ADUs and requiring owner occupancy of detached ADUs. In addition, the legislation also streamlines ministerial approvals by reducing the review period by half, to 60 days. The 2019 changes allow both a detached and an attached ADU on a single-family lot, create a mechanism for illegally built ADUs to receive permits, and void any homeowners association covenants that unreasonably restrict ADU construction or increase construction costs.

The 2020 ADU Scorecard, published by the Center for Community Innovation, finds that, despite state legislation, many jurisdictions continue to have regulations that inhibit ADU production. The report concludes that permissive ADU ordinances are correlated with actual ADU construction. This finding echoes the conclusions of the 2017 Terner Center report, which outlined barriers that California had not yet addressed. Local development fees, intended to ensure that new construction pays for its fair share of the burden on infrastructure, often treat auxiliary units the same way as primary structures, for example. School fees that these jurisdictions levy on new construction may not account for the fact that ADUs are occupied overwhelmingly by individuals without children.

The rapid increase in ADU construction following reform indicates the efficacy of state-led efforts to remove local barriers to housing production. Approaching reform incrementally, as California has done, allows the effects of the legislation to be measured. Policymakers can target bottlenecks as they emerge, and public support can develop and coalesce around further reforms. For example, financing for accessory units has been revealed as a challenge for lower- and moderate-income homeowners, and advocates are discussing policy options. In addition, recent research presented in the ADU Scorecard highlights barriers to ADU development outside of the state’s largest urban areas and suggests the need for future rounds of regulatory fine-tuning by state and local governments.

Click on the following links to access ordinances and information about how they address regulatory barriers to ADUs:

Find more plans, regulations, and research that state and local governments can use to reduce impediments to affordable housing here.